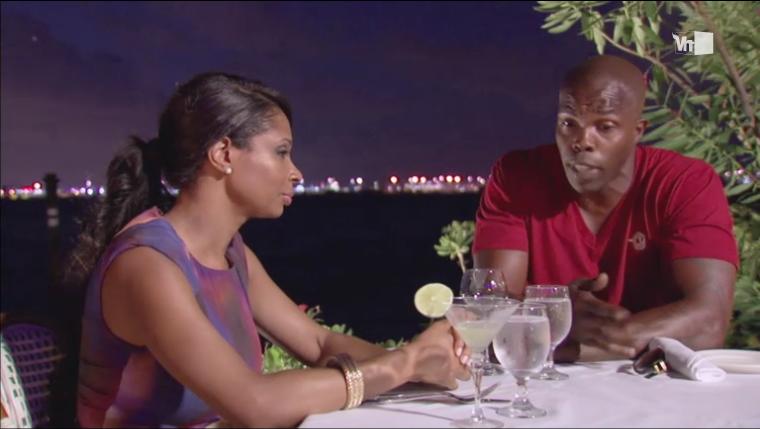 We all knew he was a not-so-nice guy (cough..jerk) when he dashed a drink in his soon-to-be ex-wife’s face on a VH1 reality show episode, but Eric Williams, who is currently married to Basketball Wives star Jennifer Williams, has a few skeletons that fell out of his alleged adulterous closet.

According to TMZ.com, Williams allegedly has a child with a woman named Tavia Serena Cannon, who is now demanding court-ordered child support.

TMZ learned Cannon recently filed a Complaint for Support in PA last week for a child she allegedly had with the former NBA player in October 2011.

The mother of the “secret child” claims to be a babysitter only pulling in $300 week and needs financial assistance for her little one.

Jennifer Williams says she had no clue and if we do a little bit of math, the baby was conceived before she ever filed for divorce.

All we can say to Jennifer about Eric is “Good Riddance!” Girl, let that man move on and good luck with your future endeavors!