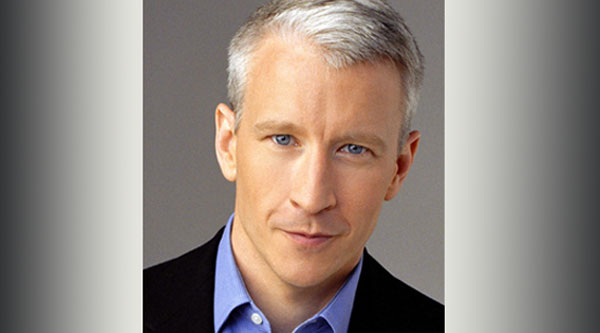 NEW YORK—Another high-profile CNN journalist/host has come out of the closet.  Anderson Cooper revealed in an essay posted online Monday that he is indeed gay, ending the longtime curiosity about his sexual orientation.

“The fact is, I’m gay, always have been, always will be, and I couldn’t be any more happy, comfortable with myself and proud,” he wrote in a letter to Andrew Sullivan of the Daily Beast.

“I’ve always believed that who a reporter votes for, what religion they are, who they love, should not be something they have to discuss publicly. As long as a journalist shows fairness and honesty in his or her work, their private life shouldn’t matter. I’ve stuck to those principles for my entire professional career, even when I’ve been directly asked “the gay question,” which happens occasionally,” Cooper added.

Cooper, who is the son of Gloria Vanderbilt, said he was never ashamed of who or what he was and it was nobody’s business – and he’s right – but there is value in “standing up and being counted.”

“I still consider myself a reserved person and I hope this doesn’t mean an end to a small amount of personal space,” he wrote. “But I do think visibility is important, more important than preserving my reporter’s shield of privacy.”