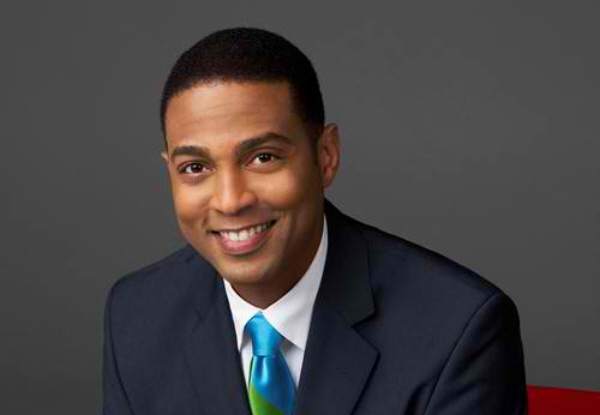 What was well-known amongst his CNN colleagues, has now been shared with the rest of the world. CNN Weekend News Anchor Don Lemon has “come out” and revealed he is gay.

“Today I chose to step out on faith and begin openly living my own truth.  There was a time when I was terrified of revealing these things to the person I love most in this world; my own mother. But when I finally mustered the courage to tell her that I had been molested as a child and that I was born gay, my life began to change in positive ways that I never imagined possible,” said the 45-year-old newsman in an interview with the  New York Times.

“Yet I still chose to keep those secrets hidden from the world. I, like most gay people, lived a life of fear. Fear that if some employers, coworkers, friends, neighbors and family members learned of my sexuality, I would be shunned, mocked and ostracized. It is a burden that millions of people carry with them every single day. And sadly, while the mockery and ostracizing are realized by millions of people every day, I truly believe it doesn’t have to happen.”

Lemon made his declaration in support of his new memoir, Transparent, and in support of Tyler Clementi, the Rutgers University student who committed suicide after being “outted’ by his roommate.

Lemon is the latest journalist, in a growing list, to publicly acknowledge being homosexual.  Others include MSNBC’s Rachel Maddow, which didn’t shock many, and Thomas Roberts.

Lemon’s revelation is following in another trend of soul-cleansing shockers. Like Tyler Perry and more than 200 men in Oprah Winfrey’s studio audience, Lemon admitted to being sexually abused as a child.

He dropped the bombshell on air nearly eight months ago while reporting about a sex scandal in an Atlanta church.

“As a journalist I believe that part of my mission is to shed light onto dark places,” said Lemon.  “So, the disclosure of this information does not inhibit in any way my ability to be the professional, fair and objective journalist I have always been.”

Lemon also recognized the risk his coming out carried as a black man.

“It’s quite different for an African-American male,” he said. “It’s about the worst thing you can be in black culture. You’re taught you have to be a man; you have to be masculine. In the black community they think you can pray the gay away.” He said he believed the negative reaction to male homosexuality had to do with the history of discrimination that still affects many black Americans, as well as the attitudes of some black women.

“You’re afraid that black women will say the same things they do about how black men should be dating black women.” He added, “I guess this makes me a double minority now.”