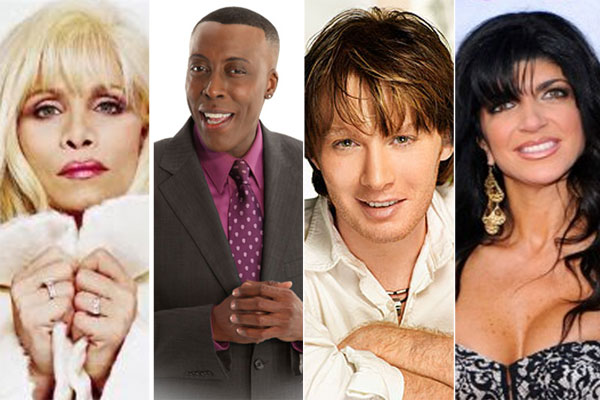 Who will be fired? “Celebrity Apprentice” 2012 cast revealed

So, who are the next round of celebrities hoping not to hear those infamous words – “You’re Fired” – from the Donald?  How about the daughter of a mob boss, an American Idol singer, a 90s late-night “woofing” talk show host and another real housewife who is sure to talk as much smack as her “Bravo” sister, NeNe Leakes!

Victoria Gott, Clay Aiken, Arsenio Hall and Teresa Guidice will be just some of the colorful cast of characters on next season’s “Celebrity Apprentice.”

“Some of the folks really are incredible. And really very competitive, highly competitive,” Trump said on the “Today” show.

“Celebrity Apprentice” returns for its new season February 12 – and yes – we will be watching!