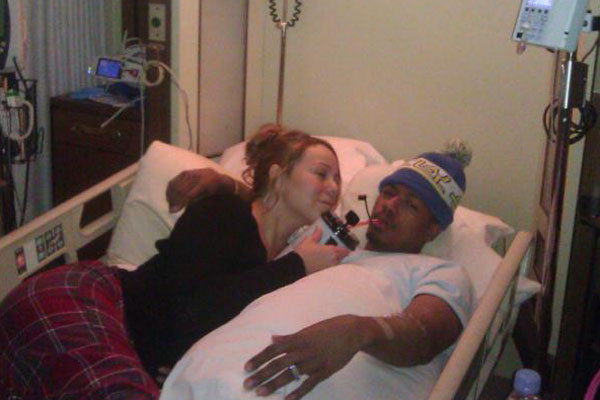 After a year of amazing highs with the birth of their double bundles of joy — a twin boy and girl –Nick Cannon and Mariah Carey are spending their first week of 2012 dealing with a serious health scare.

Mariah, 41, tweeted that her 31-year-old husband was suffering from “mild kidney failure” Wednesday when he was checked into a hospital in Aspen, where the couple was vacationing.

The singer also  posted a Twitpic from his hospital room and asked their fans and followers for prayers as they endure this “very painful” situation.

Some reports said Cannon was suffering from dehydration, not kidney failure, but that has not been confirmed.  Either way, it has been confirmed that he has since moved from the Colorado hospital to one in Los Angeles.

We wish Cannon a speedy recovery!