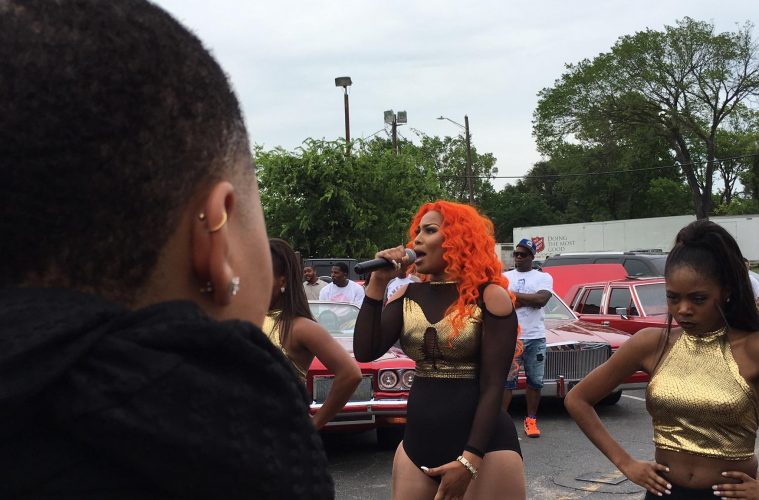 HOUSTON — I think it’s safe to say that shooting is underway for Love and Hip Hop Houston, but will the drama make it to the VH1 airwaves? Well, if the shenanigans we saw unfold at Social Junkie Thursday continue, looks like Mona Scott Young will hit the green light.

NewsWithAttitude.com was on the scene with our cameras rolling, as the production crew captured footage of the stars who are rumored to be confirmed for the show.

In addition to the “swangas and bangas,” many notables were at the taping including “Drank in My Cup” rapper Kirko Bangz and Sancho P of the Sauce Twins.

But what would a live taping be without any drama? Here goes.
Shortly after the performances began, Just Brittany’s entourage got into a verbal altercation with Jhonnie Blaze, who was then taken inside the building.

To ensure everyone’s safety, producers asked everyone who was not cast or crew to also go inside. You can hear them on camera shouting at the crowd. After things settled down, the production wrapped up for the evening and the scene was cleared.

So Houston, do we have another show? It was rumored before that we were to have a Married to Medicine Houston, but that has yet to see the light of day and what happened to Houston Divas? Not enough excitement from the cast, who knows? Sisters-In-Law gave us a little local flavor so the Bayou City may see a couple more beat downs in the name of ratings and a check.

People really know how to cut up for Mona and the LHH crew, so this one, we believe, will make it to a fall lineup for certain.

Also rumored to be part of the cast are:

H-town’s twin championship boxers, Jermell and Jermall Charlo; party promoter Lil’ Keith (who is also said to be the mastermind behind the cast selection); Mehgan James of Basketball Wives L.A. and rapper/ producer J. Prince Jr. of Rap-a-Lot. Can’t have anything H-Town without the Princes, right?

It was buzzing that Slim Thug was going to be a cast member, but the rapper said he was not interested.

Also, it was thought that “OG” Texas rap legend Bun B and his wife would be on the show, those rumors have also been shot down.
Cameos perhaps?

We will continue to stay ouchea to keep bringing you the best “tea” from the streets.