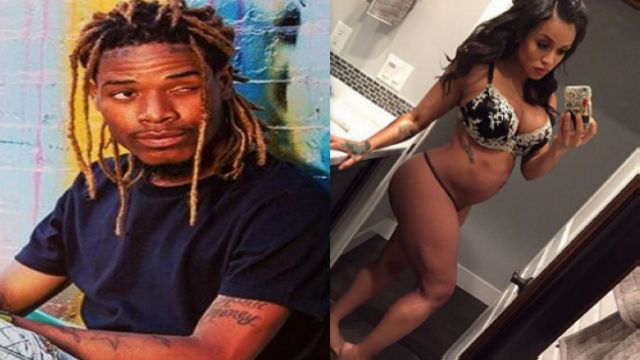 Is Fetty Wap having a “mini me” on the way?

According to sources, the “Trap Queen” famed rapper may be having a baby on the way after it was announced by Love & Hip-Hop Hollywood star Masika Kalysha.

The reality star tweeted a photo of her growing belly on social media Friday, tagging the rapper in the photo which spread alleged baby father rumors.

However, the rapper is not so sure after posting a tweet to his social media which was later deleted.

And his alleged baby mama started firing back.

It gotta be my money cause I sho ain’t handsome … ?

To confirm that the pregnancy announcement was not just limited to social media and tagging the rapper just being an “illusion,” Kalysha also made an announcement on Power 106 after a radio guest asked her who the father was.

“Uh…Fetty,” she answered. She also sent out some of her own shade tweets. One we note a “pet peeve” of a misspelling of the word “quiet.”

I’ve kept quite for this long. Trust me you don’t want me to start singing my song ? keep lying and I’ll start telling the truth ??

I have so much to say…

Looks like we will have to sit back and watch what happens when an official paternity test is confirmed.

NWA will keep you posted on this “no love and hip-hop” story, but HONEYYYYYY, Black Twitter has been going in!