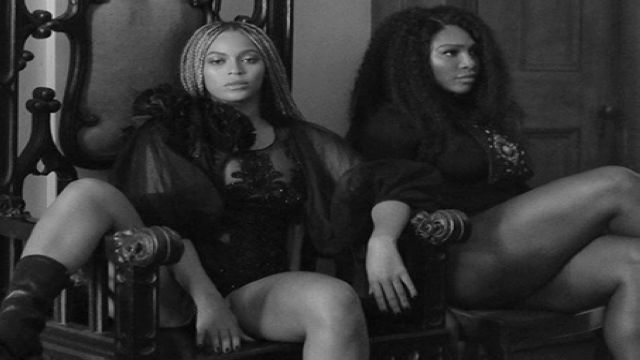 If the word “subtle” was used to describe Beyonce’s new visual album, you’d be wrong. This past weekend, Beyonce’ surprised her fans with a visual album, Lemonade,” that dropped on HBO.  Fans were particularly in for a special treat because HBO offered a free viewing of the premiere on their cable network to ensure everyone had an opportunity to see it.

However, fans were not expecting the “Queen B” to go all out and be so open about the alleged drama taking place in her real life. The singer took a “no holds barred” approach with her latest project.

Just when everyone thought Beyonce’s first single “Formation” was a one-time ode’ to black lives or “phase,” the singer amped up the “power” by featuring mostly, if not only, Black women in her project.

Beautiful women rocking their natural hair and hair styles, to Southern clothing, we’d be remiss to say this one wasn’t for “us.”

From side-chicks aka “Becky with the good hair” to revealing infidelity and potential divorce and “Black Girl Power,” it’s safe to say Beyonce’ is unapologetic.

This powerful visual is a sentiment to the unity of black women coming together sharing their downfalls and triumphs.

So how do you make Beyonce’s  “Lemonade”?

2.Pour in a group of Black women with natural hair standing strong in unity.
4.Top it off with a “Hot Sauce” baseball bat that truly executes the frustration of a black woman.

And VOILA!you’ve got a tasty, potent “Black Girl” Lemonade.