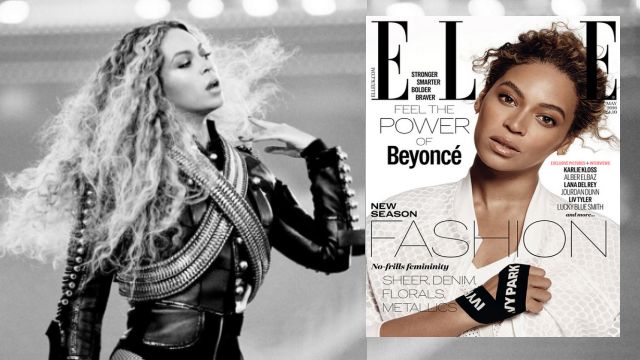 Beyonce on Formation: ‘Let’s Be Clear, I’m against Police Brutality’

Our Houston home girl and international megastar Beyonce’ has broken her silence. The “Formation” singer recently spoke to Elle magazine about feminism, empowerment and her recent controversial video for her single, “Formation.”

The singer spoke about the stirring video and cleared the air about what the symbolism in it represented, shutting down rumors that she is “anti-police.”

“I have so much admiration and respect for officers who sacrifice themselves to keep us safe,” Beyonce said.

Although Beyonce’ supports the police force, the singer made it clear that supporting genuine public service is different from being OK with abusing one’s power and using it to oppress and brutalize another race.

“Let’s be clear: I am against police brutality and injustice. Those are two separate things,” she explained. “If celebrating my roots and culture during Black History Month made anyone uncomfortable, those feelings were there long before a video and long before me.”

The 34-year-old is clearly not allowing the naysayers to slow her down. Despite the backlash from some over her single and Super Bowl 50 performance, Beyonce’ is on “cloud 9” gearing up for her Formation tour and promoting her new athletic line “Ivy Park.”

We say… “You just keep doing what you do.”