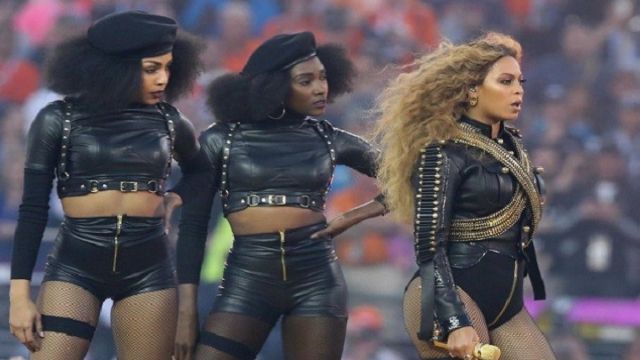 Should Beyonce apologize to police for ‘Formation’ Super Bowl 50 performance? We think NOT!

Beyonce’ continues to receive backlash in the aftermath of her Super Bowl 50 performance. Weeks after her “Formation” performance, the singer has been threatened with protests and calls to ban her world tour.

Ummm… we don’t think the Bey Hive will allow that!

And it seems the cops are pretty ticked off as well.

Recently, the New York Police Department reported to TMZ that they will work at her concert only if she apologizes about her performance at the half time show.

“Our NYPD sources admit they don’t believe Beyonce was advocating hostility toward police in her homage to the Black Panthers. Problem is … they say that’s the way it came across for millions of viewers,” a statement read.

Other police departments are also suggesting that Bey should stand down and say she is sorry.

We have a feeling they may be waiting for a long time for that apology. In the meantime, we are quite confident the show will go on.