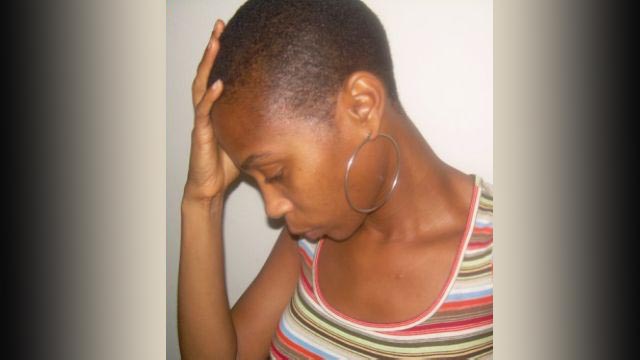 The Rude Awakening: A story of rape, abuse and SURVIVAL

“BITCH, DROP DOWN AND SUCK MY DICK,” were the words yelled at me while the cold gun was pressed against my left temple. “This is not happening,” I thought to myself, while standing in disbelief and shock. My life flashed in front of my eyes. “This cannot be happening again…. The violence, the rape… No!!!”

It was deeper than that. All of my life people have been breaking me down in order to build themselves up or satisfy themselves at my expense.

“DROP TO YOUR FUCKING KNEES NOW!!!”

I felt the twisting of the cold barrel of the gun even deeper. Our eyes met and even though I’d never this man before, the look in his eyes were too familiar; cold and narrowed with intensity.

“What the hell did I do to deserve this???” That’s the question. “Nothing… not a damned thing and I ain’t gonna’ lay down this time and let this happen again.”

For you see, I was trained at a young age to lay still and take the abuse. “LAY ON YOUR STOMACH AND DON’T MOVE” were the words that began the religious beating ceremonies. “Spare the rod, spoil the child” was the scripture that made it officially justified. “If God said it, then it must be right… right??”

SWAT!!! The sound of the first blow always seemed the loudest and the most painful. With each thrash afterwards, I became more numb. Belt, switch, wooden spoon, or the popular extension cord… that seemed to be my step-mother’s favorite weapon of choice. Not only did it burn the skin on contact and leave red swollen bruises and blisters that were too painful to touch; after a day or two they became dark striped reminders of the “ceremony” every time I looked in the mirror. Eventually, I stopped looking in the mirror without clothes on.

He slammed me down on the concrete, landing on my upper back and the back of my head.

The struggle began… the flashbacks began… I found myself in a position all too familiar: back pinned down, legs up. My first rape (15th birthday and a virgin)… second rape (age 16 resulting in a pregnancy)… third …. It became too painful to count them all… but needless to say, “I’m here again.”

“No!” I yelled as he simultaneously hit my face with the gun in one hand while choking me with the other. As my heart was racing and the adrenaline pumped through my veins, I could slowly feel like that little girl inside who had mastered stillness during those “beating ceremonies.” Yet, at the same time, there was a side that refused to give up the fight. “I didn’t deserve this treatment and didn’t ask for it.” Never did, and I’d had enough.

The real struggle began. Not the one between me and this predator, but the one inside myself: the trained little girl (KiKi) and my divinity (the God in me). “No,” I whispered, trying to hold on to the little air left in my lungs while gasping for more. Up to this point, the “Kiki” had protected me in fear by being the sacrificial lamb. She was conditioned to believe that by disassociating and not challenging the powers of destruction, the tortuous act would eventually stop. Unfortunately, long after the physical abuse and physical healing were done, the scars of mental abuse are still swollen blisters on my psyche; still too painful and sensitive to touch by memory.

With one last gasp of air, the strength from my divinity rose again. While slowly prying his fingers from around my neck with my left hand, I was able to start pushing him off of me with my right. In desperation from losing the struggle, he bit me. I screamed. His hand with the gun pounded my left eye once again. Our eyes met with an intense stare and the both of us were panting frantically for air. The struggle stopped with the barrel of the gun pinned between my eyes. Kiki immediately took over and just like every other incident, it was eventually over. Physically, that is.

Mentally, my divine will is even stronger and through this “Rude Awakening” my true healing has just begun.

Ikeoma Divine is unleashing her pain and sharing with you in a series of journals. Stay connected with NewsWithAttitude.com to follow her journey…her awakening…