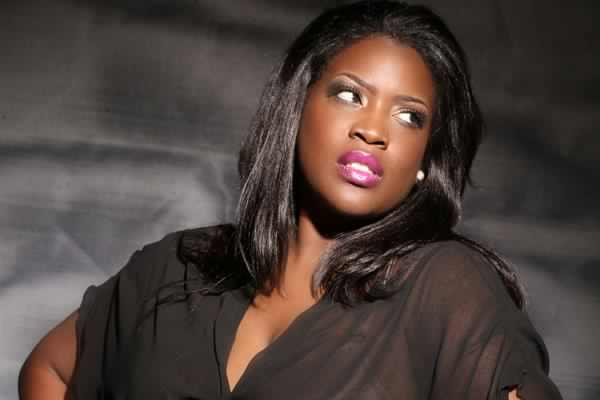 Stop turning the other cheek…Start ‘refusing’ to accept B.S.

Sometimes you have to take a long look at yourself — a real look —  then ask yourself some tough questions:  about the decisions you’ve made and why you made them; about the people or things you’ve lost and how they slipped away; about the point you are in your life and how you ended up there.

Everything in your life…. from your job – to the comraderies with your male and female friends – to your interactions with your children, your parents and other family members .…you have a hand in controlling.  Especially when it comes to the “Bitch of all Beasts” – LOVE and RELATIONSHIPS (or lack thereof)!

I am the first person to admit that I have been one hell of a fool in the past; a doormat for the gigolo to wipe his slick feet and /or the pretty little rag doll with the blank stare and stitched lips to be pulled out the toy chest for playtime, then thrown back into the box at will.

So I asked myself the question of how I ended up where I was; alone, sometimes lonely; confused, sometimes confusing; and a fool, often times foolishly settling for some unnecessary bullsh*t!

When you ask yourself tough questions, you have to be willing to give the tough answers…the trick is…you have to be brave enough to not lie to yourself.  Seems simple enough, but you’d be surprised how many of us live trapped in a world of our own lies.

My answer was simple enough, I was where I was because I allowed myself to be.  We choose who we let in and out of our lives.

I allowed the hurt, the pain, the abuse and the failures – so I was to blame for the ill-will in my life.

But with age, comes wisdom and I began to fix the simple things…To get out of the dead end job, I got a college education and started a career.  To fix the estranged relationships with my family, I attended more family functions, but there was something that proved to be more of a challenge:   my relationships with the opposite sex.

Lord, have mercy did I “know how to pick ‘em.”  I was so naïve with men, one of my best friends started calling me Anna Mae Bullock (the real name of the once gullible, abused, naïve Tina Turner).

So, how was I going to shed that name?  Simple, Stop Taking SH**!

I knew there were more out there like me, so I posted the question on Facebook to see who would respond.

“What have you accepted from someone in your past (failed) relationship that you swear you won’t put up with anymore? I will go first. 1. I refuse to let a guy call me a B****, even if he acts like it’s a slip of the tongue. (Extreme) And 2. I refuse to accept the answer “Oh, I don’t like going to the movies.” (Slick Trick) Seems obvious, but we put up with a lot of (embarassing) garbage..”

I was surprised by how many people answered, taking a stand, insisting they would not settle for the crap they were once stewing in.  Men and women flooded the post with comments.

The “I refuse….” quickly become my Friends’ theme of the day.

“I refuse to put up w/a controlling guy! One who wants to tell u what to wear and not to wear. Or who to be friends with. 2) I refuse to be with a man that can’t be loyal to me. There are no second chances. If I can be good to you I expect the same back. And if he can’t give me that same respect back its cool we just can’t be together. I don’t go for the “he’s a man being a man.”—Tuawanna Austin Taylor

“Making me feel inadequate and lying are my top two.”— Brandon Jones

“I won’t accept someone who is too busy to spend time with me, saying “I’m watching the game, get with me after the Game.” So many times we allow worldly things to allow us to treat each other any kind of way and that is wrong. Whatever you worship that allows you to treat others any kind of way is your God.” – Elaine Johnson.

“Just remember however it starts is the way it ends up. If they start off being selfish with their time, money etc….they won’t be any different when you walk away!”—Dianne White.

“I refuse to put up with uncertainty. U know the guys that say one thing but goes back on their word or feelings leaving the relationship to go nowhere really. It’s serious one minute then the next he’s acting single. We’re in a relationship & then we’re just dating or kicking it -_-. It makes u feel stupid & inadequate for sure. A guy who doesn’t know what he wants is a no no.”  – Melissa Jackson

“I will not accept a man just telling me anything because he feels like that’s what I want to hear…I explained to the last brother that I just got out of a 5-yr relationship…so I’m chilling….Omg…he threw out everything u could imagine to convince me to let him be my man . The whole woman scorned thing..how I was going to miss out on good men because of my ex and all that other BS….smh …uhmmm…can u say a wolf in sheep’s clothing.” – LaQuinta Stoner

“I refuse to let another man put his hands on me after I experienced it with my child’s father. Now he’s learning his lesson.   So this guy tried it, he should have known better.. I refuse to let him or any other get away with it “disrespectful.”—Brooke Breadwinna Stepherson.

“When someone tells you who they are believe them. In my younger years, I had a hard time with that and then would be looking crazy when I got my feelings hurt. Then I would look back and realize they told me and showed me who they really were at the beginning. #PayAttention”—H.  Smith- Bethea.

“I refuse to be with someone who is passive. You end up hurting someone more than you want to and staying too long because you can do what you want to.”—N. Hewell

“From a man’s perspective, men don’t refuse to accept stuff, they accept p*****.  I try and treat a woman like a woman, but when you come to the table with bullsh** from the start, you get treated like I treat you until something new comes along.” – B.J.

“You disrespect me once and we done. One time leads to two times.” – Michael “Mike Moe” Moore

“Won’t put up with excessive lying to me and blatant disrespect.”—T.S. Matlock

“I refuse to feel invisible.  I left my ex because despite me telling him, marriage counseling, self-help books, spiritual counseling….he still ignored my emotional needs. I was starved for affection and he did nothing to fix it. He did get it until after I left.”  M. G. Williams

“A man who doesn’t know what he wants. A man who is not invested in me emotionally.” – N. Williams

“A woman who takes my loyalty to being a good man and knowing how to treat woman for granted.” – R. Wilson

“Refuse to let him strip me of my self-worth. There was nothing I wouldn’t do for my husband. He was well taken care of. He took what I did out of “love” and tried to make it “obligation.” I stayed longer than I should have. Never again. I still believe in treating a man like a king; however, I have learned that not all are worthy of that title!” – A. Jones

“It’s amazing how much we as women will put up with if a dude is being honest and truthful..”—M. Charles

“I refuse to be abused or neglected ever!!” – M. Jackson

“I refuse to be with a cheater. I was the other women for years, with no respect to how that lady must feel.  Both of us were abusive to her. I am married (not to the same person) & I can’t imagine having to go through such turmoil..I have done it and been through it…AND IT IS SOMETHING I AM ASHAMED OF…and will never ever put up with again.” – Mrs. Angel

“I refuse to accept when he says what he’s been through and what he’s going through with another person.  I’m not his sounding board.  I have my own problems and can’t pick up his scattered pieces..trying to give someone else the benefit of the doubt always had me putting out in an effort to rescue him from his past.”  – Dana P.

“I refuse to be the second fiddle…the outside woman…I’m second to none — or nothing at all.” — Anna Hall

“I refused to be punished for his past.  I use to accept all excuses for his downfalls.  When you come into a relationship, it should be postive, they should know what you want and be ready to go out and get it.  If they see attributes in me that they lacked in the other person, it should be an even flow.  We should be able to excel and not go down. Been there, done that.”  — Fabian Bell

“I refuse to accept his responsibilities:  past due child support payments from previous relationships, help with rent, back taxes, overdue car notes, etc.  A lot of women fall for that.  He got himself in a jam before he met you, he need to get out of it before he dates you.”  — Lucrecia Allen

And of course, one man tried to give advice to the ladies:

“What a lot of u don’t realize and fail to understand is that the key word in “relationship” is RELATE which means to understand if u can’t understand each other from the gate y try to pursue something? Yall get so caught up with the idea of being in a relationship that u ignored all the warning signs that’s been there.” – Sha Sinatra

Sure, there are always outside factors that throw monkey wrenches, curve balls and other hurdles in your path, but the way you handle obstacles is under your sole control.  Get it together, people, and REFUSE to be ABUSED!