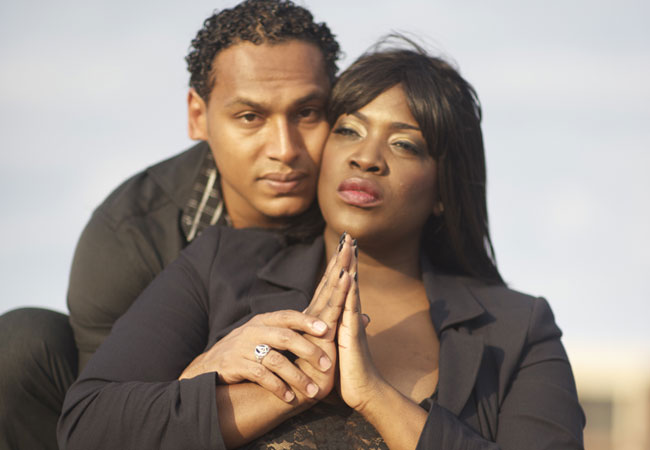 Stop praying to the ‘Relationship Gods’ & realize your self-worth

I can’t say I can totally remember when I first really fell in love; because at this point in my life, I can’t honestly say I’ve ever experienced “true love.”  But one thing I can tell you is I do remember how my first real heartbreak felt.

I remember being 17 years old and completely smitten with a young man who – I know now – could not have given two shakes about me.  He had broken up with me for probably umpteenth time for either:

1.  Not putting out enough

3.  It just wasn’t cool to have a girlfriend THAT week

4.  My damn teenage neediness was driving him crazy

At any rate, I was dumped and singing the blues!

It was while I was walking home from summer school one day that I had my first talk with the “Relationship Gods” begging for them to bring this guy back to me.  (Now, I have a strong sense of Faith and believe in God so I know the Almighty has no parts in this foolishness; I am speaking of the mythical Cupid here.)

Anyway, just as I was praying and singing Sade’s “Is It a Crime” aloud professing how wide and tall my love for him was, you would never guess what happened:  his twin brother passed by me and blared the siren-horn on their Slant Back!  He turned around, gave me a ride the rest of the way home and told me how much his brother “cut for me” and missed me.

For those of us that need to take a step back into the 90s teenage time machine, “cut for” means they had a strong “like” for you—not to be confused with love—and a Slant Back was the type of Cadillac Seville the twins shared, complete with a rattling trunk from the ridiculously loud music and bass.

Long story short, my twin/ love of my life came to visit me that night, we snuck in a few smooches in the upstairs loft then went riding and jamming “Wednesday Lover” while we screamed/talked at each other over the loud music.  The “Relationship Gods” came through for me right?  Hell no!  I was dumped again within a week and back to square one.

My Cupid has been dreamily knocking around in that noggin of mine from my teen years up to adulthood and we’ve had this love/ hate relationship each time I get excited, then let down by another “could he be the one” love interest.

But hold the phone…is it really Cupid’s fault or was I praying to the wrong “Gods” about the wrong things?

Yeah, yeah, I know the answer to that silly question.  Although I sometimes act like it, I didn’t fall off the turnip truck yesterday, but in order to get a greater grasp on the matter at hand, I decided to call up a few girlfriends and see how the dating game was going for them.

Most women are saying they are running into men – specifically brothers – who are lacking in ambition, appear to have never heard the word chivalry and are more interested in playing the field than settling down.  Thanks to the phrase “I never said we were exclusive,” men are getting by more and more with stringing hopefuls along and reaping all the benefits, but always having that safe “out” when it is discovered they are dangling carrots in front of more than one horse.

But whose fault is that?  Even though the quality of men has changed, our standards should never have.  We allow ourselves to get all slopped up for someone else’s less-deserved pleasure, then get angry when we are left high and dry.

My cousin Tamika, who has just recently found herself single after nearly 20 years, said she had some definite views on the matter.  I was quite shocked she was sounding off, because after all, she had been with her ex since they were teens.  But nonetheless, she said some things that really let me know most women were struggling together.

“I want a man who is sincere, not a game player and treats me like he treats his mother.  If you treat me like you treat your mama, then I know I have the one,” she said.  “I don’t want a man that I have to tell what to do.  I want to be married, but I don’t want to be the one to have to guide the household.”

She then went on to say she had been in her relationship all those years for her kids, but now she was looking for someone just for herself.

So, of course I asked if she was praying to the Gods to send her that man.  She said she is praying to the one and only Almighty Jesus to take care of all of her troubles, not just men, but admitted it looked like it was slow progress with the new breed of men we have to choose from these days.

I then called Rosalynn; my hopelessly in love newlywed cousin who seemed to have effortlessly landed her Prince Charming and has been in three-years of wedded bliss ever since. (whew, that’s a mouthful!)

Rosalynn grew up a “Daddy’s girl” and makes it very clear; while she does not have a laundry list of requirements, she will not waiver from one thing.

“I love who loves me, and if you treat me like my dad treated me, you’re pretty much in the door,” she said.  She also said she won’t deal with cheaters nor abuse of any kind.

Having a strong father figure in her life had Rosalynn growing up knowing her self-worth and made it easy for her to not waste  time with any man’s bullsh*t because she knows what she has to offer.  Rosalynn believes in that old saying “God don’t make no junk,” and she knows she is a treasure.

“I always say, if you never make another dime in your life, you still bring a considerable amount of value to a relationship.  You need to always exude confidence, have a strong sense of self and know that you are valuable in relationships,” she said.

The problem is that we, as women, sometimes don’t realize how magnificent we are.  We almost feel ashamed of our own success or have to downplay our accomplishments in order to not come off as a bragging “b*tch.”  Yet, we listen for hours on end, smile with our eyes and hang onto every word a man says about himself like we are preparing for a pop quiz.

Just one thing though, when you don’t show a man who you are or let him know YOU KNOW you are worth something, then he will continue to shovel sh*t your way with no regard.

Relationship Gods – who needs ‘em – let’s trade that in for self confidence instead!  You watch where you’re stepping when you’re wearing your Louboutins don’t you? Well do the same things when navigating this dating thing and steer clear of the bullsh*t on the street.

And while you’re doing that, make sure no one out there is wiping their feet on you!  The Welcome Mat belongs at the front door, not across your back.

Chat with ya later sistahs!