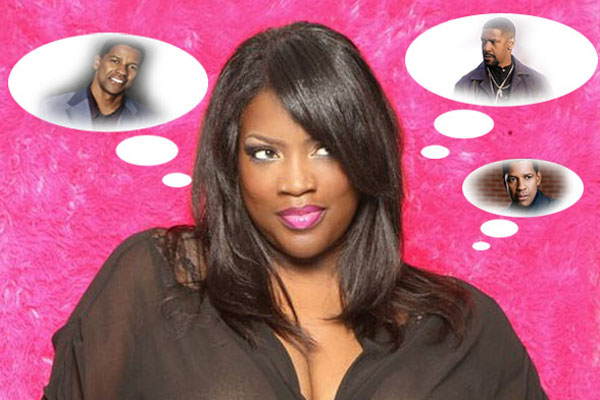 Searching for Denzel (Pt. 2):Goodbye ghosts of boyfriends past

I am a murderer.  With one simple click I just killed a bitch and am laying her bones to rest.  Not just her sad little carcass; but all the skeletons in her closet – and the ghosts of her past boyfriends.

As I embark on my journey to find “My Denzel,” I had to take a moment to examine why – with all the men out here in this world – I haven’t been able to have one decent relationship since I have re-emerged on the “single circuit.”

Then it hit me like a ton of bricks – I haven’t met anyone NEW!  Yeah, yeah, I have been dating, but I haven’t dated one new person in the past two years—they have all been “blasts from the past.”

I am a creature of habit.  I wake up at the same time.  I have the same morning routine and I arrive to work at the same time each day (as I am supposed to).  Then on the weekends, I hook up with the same sistahs and hit a couple of our “comfort zone” hot spots and see the same old people.  With this routine, it is no wonder that I keep running into old flames.  But instead of realizing that those relationships or friendships had “fizzled fo’ shizzle” way back in the day (just couldn’t resist channeling old Snoop Dogg for a brief moment) I foolishly would try to rekindle the flames that should have stayed extinguished.

Each relationship would start out innocently enough after bumping into someone from yesteryear,

“Wow, Nakia, you still look good,” they would say.

“What are you doing with yourself?”

“You work at a television station?”

Then after I think things are heading in a promising direction, I get the “Well, things are moving too fast for me, I don’t know if I want to settle down just yet, I love spending time with you and I love for us to continue “doing what we’re doing,” but I don’t want to make a solid commitment right now.”

Then I say to myself, “Oh, this is the same old sh**, just a different day and he really hasn’t changed a bit.”

When did I come to this realization?  As I was filling out the questionnaires for the online dating sites.

At first, it was a bit overwhelming and annoying answering a bunch of backward and forward questions on the personality profiles.  Then I realized it was quite necessary, and asking the questions I should have been asking myself a long time ago.  The question is simple – what am I looking for in a man?

To be honest, I will say it time and again, I am a hopeless romantic.  I snuggle after making love, not retreating to opposite sides of the bed, and I love PDA – not the gross sloppy kind—but I don’t mind cuddling in a long line, holding hands and laying my head on his shoulder at a public event.  Someone once told me they didn’t believe in holding hands in public, I quickly replied, “No, you just don’t want to hold hands with me – but once you get hit by that love bug – you wouldn’t give a damn who was watching.”

And that is true, and any one of my close girlfriends can tell you, if a guy doesn’t want to canoodle with me, I pretty much drop him fast.

I also want a man who is as ambitious as I am and is comfortable with my outgoing personality.

At any rate, beginning this online dating experiment has forced me to get real with myself.  Any of my faithful readers who follow the Relationship GPS section of the website knows, I let it all hang out and I share every little sad, funny and atrocious dating mishap in my stories.  But if they paid close attention, they would have discovered something I just found out – each story was me talking about my NEW relationship with an OLD ex!  Now, if you realized that and didn’t tell me – then we need to examine our relationship here – I thought I was your girl – but if you didn’t catch on, no worries, I have now and better late than never.

So, I will be conducting my own little “cyber ritual of burning the black book” — and renaming all of the ex’s to “Do Not Answer” in my Droid phone.

I realized that I was afraid to move forward because I was afraid of getting to know someone new — and in turn, afraid of letting someone new get to know me.  I was confining myself by surrounding myself with the familiar; but the familiar is not always the best option.  While we think it should be, it just isn’t.  Sometimes familiar people give you those familiar heartbreaks….and pain just shouldn’t be so “comfortably” familiar.

So, why did I choose to murder a piece of myself.  Because it was necessary.  Point blank, plain and simple.  I am digging a grave and shoveling dirt over the BS, the lies, the pain and the stupidity.  I am saying goodbye to the hopelessly foolish part of me — can’t say that I’ve enjoyed the times we’ve shared.

I’ve said this a million times before, one of my friends gave me the nickname of “Anna Mae” because she said I was just as gullible as Tina Turner in “What’s Love Got to do With it,” well, I have something to say………While Anna Mae is no longer “eating the cake” shoved in her face, she has just conquered her fear of the unknown and pressed the button.

Whether I find Mr. Right online or not, I will no longer be staring at the world from my rearview.  I am the leaving the past behind me.   It has been a long time coming.  🙂

Want to see how it all began?  Click here to read “Searching for Denzel Pt. 1