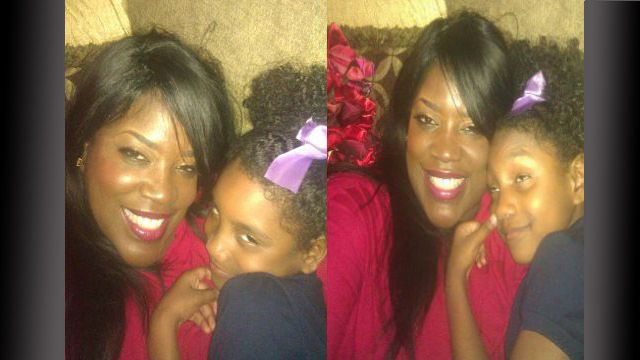 Letter to my baby girl: I went through hell so you would never have to

Editor’s Note: As I prepare for a mentoring dinner/ program involving college girls, I have found myself somewhat overwhelmed by the things that I have gone through.  This blog started as merely a couple of bullet points for our upcoming discussion about domestic violence, rape and other things that happen to young girls, but writing those notes has forced me to confront, all at once, issues I partially-buried one at a time.  I still have vivid memories of these occurrences like they each happened hours ago.  And like most writers, we share our pain in order to bring the laughter back.

I am the proud mother of a handsome boy and a beautiful little girl and while I walk around proud as a peacock, amazed at the growth and development of my “Little Man,” I get a certain sentimental feeling in the pit of my stomach when I find myself staring at my daughter.

I’ve often told people — or find myself revealing lately — that ALMOST EVERYTHING bad that can happen to a woman in this world, I have experienced it and more.  And while before I would cry and ask God “Why Me,” angry that I did not know the answer, I now know what it was all for.  I believe I experienced everything that I did so that my daughter would not have to.  I was sacrificed so that I could learn from it and make sure it would never happen to her.

The lessons I’ve learned have been from the mildly funny to the brutally horrific, but nonetheless, they are life lessons that we’ve picked up along the way, allowing us to pass on “words of wisdom” to the younger versions of ourselves while praying they LISTEN.

How about we begin with a little funny?  I was a talented writer in grade school, and according to my 4th grade teacher Ms. Winnie Winston and my 5th grade teacher Ms. Robinson — I was the best scribe at Anderson Elementary School.  Well, not only was I great at writing poems and Haikus, I cranked out so many one time for a class assignment, I decided to “sell” my extras to some lesser-talented classmates who needed them for their homework assignment.  Well, to my HORROR my classmate beat me in a competition with my own poem!  As if!  And the teacher went on and on about how I was dethroned.  I could say absolutely nothing as the victor gloated with her certificate, well-bought with the $1 that she paid me that I probably spent on some crappy candy.

Lesson learned — Don’t cheat..because you just end up CHEATING YOURSELF!

Now we can get out of the child’s play and progress to things no child should have to experience.

I was abused as a child..actually learning what an “upper cut” was from the fists of an adult who was too messed up to know better. And I was once forced to crawl through a home with my eyes closed while a person walked over me beating me with an extension cord and yelling “You’re blind, crippled and crazy!”  Afterward, I was forced to sit in front of the television and pray with my abuser as we watched the evangelist television station.

My lesson — the pain I felt I would never want to pass on to another living soul.  Also, I was NOT blind, crippled and crazy..and definitely UNBREAKABLE!

I was kidnapped as a teenager by a group of guys I willingly got into a car with.  My friend and I thought they were giving us a ride home from the club, but a 30-minute ride of terror with a big ass silver handgun let us know very quickly that they had other plans. We ended up first at a 5th Ward motel, then thanks to the motel manager who came out after hearing us scream – our night ended at a police substation in 5th Ward listening to the “You young girls need to learn” speech.

My lesson — Even if YOUR homeboy says HIS homeboys are cool — Don’t get your dumb a$$ in a car with strangers and yes, guys want something from pretty (fast) girls wearing short dresses at 2 a.m.  NO MEANS NO — except when there is alcohol and hormones involved.

I was once a homeless teenager:  I caught my mother’s boyfriend peering at me getting dressed for school one morning. When I told her what he was doing, he told her that either I had to go or we both could go.  I left that morning with a backpack full of clothes and was officially without an address.  Too embarrassed or too proud to go to other family members, I slept where I could until I just couldn’t take it anymore.  I transferred to three different high schools my senior year depending on where I was allowed to live because I kept trying to make it to graduation. Through the cooperative education program at school, I got a job teaching after-schoolers at a daycare center..then eventually got my own apartment.  Funny, I was so broke when I got that apartment that I could not afford to pay the deposit to immediately turn on the electricity so I lived for 31 days with no power.  But hey, it was MY PLACE!

The Lesson Learned:  My Mama didn’t throw me away as I felt for many years to follow.  She had no job at the time and nothing to fall back on, so she found herself not brave enough to make the right choice when a liar made her choose between him and her own child.  I would never find myself at anyone’s mercy like that ever and have been working to make my own money since I was a teen.

I was stalked by a young man after leaving my apartment keys in his car one day.  I worked at a daycare in my latter teens and I met a man while I was waiting on the bus.  I went on a few dates with him, but wasn’t feeling him, as they say.  I only “used him” to get rides back and forth to work.  Well, honey, that ish didn’t work out too well.  Once, I left my keys in the seat of his car and I noticed he took a very long time bringing them back.  Of course, he made a copy of them and would let himself in and out of my apartment as he pleased while I was away, then after he stole from me and my neighbors mentioned seeing “my boyfriend” locking the door, I knew who to point the finger at.  I immediately changed the locks and confronted him, which he denied, then he actually went on a mission of terrifying me..banging on my door at all hours of the night.  I had no telephone to call for help and he would curse my neighbor out when she would peer out the window, calling her a nosy bitch.  Thankfully, the security guard caught him and a “no trespass” ticket was enough to make him not return.

Lesson — if you are not interested in someone, don’t lead them on! You should always keep your belongings secure and if you ever lose a key, change the locks immediately.

I was beaten by more than one boyfriend in my lifetime and have been slapped around by my ex-husband who would spit in my face and tell me I was nothing.  Details?  Not needed, we heard those stories before.

Lesson learned — Never allow yourself to be abused.  It may start by him “pushing you around” to him “knocking you to the ground.

And trust me, all the hell I went through was not always at the hands of someone else, I did things to myself and jeopardized my own future.  I have worn more than my fair share of daisy dukes and thongs, and have even been a fool being sprayed down for a Wet T-Shirt contest, smiling like a big breasted fool in a crowd of yelling men…And I DIDN’T EVEN WIN — AS IF!

I was also a wild club-hopper in my early 20s, drinking all night and experimenting with “recreational” drugs.  While I never became addicted and blew it off as it being nothing more than fun everyone was getting into, I became lazy, unwilling or too tired to handle my business like I was supposed to and ended up losing weight, my family for a certain period of time, my dignity and my self-respect.  My mother came to me one day, banged on my door and presented me with a college application she filled out on my behalf and told me to “Just sign it!”

Lesson to share:  You don’t have to expose yourself to feel beautiful, and drugs and alcohol don’t make you the life of the party — they make you an annoying, emotional fool.  And everyone is not blessed with a second chance to make it right.

And the rest is HISTORY.  (I graduated with honors from college, worked my way up to be an award-winning digital media producer and a blogger who is proud of my story!)

Now that I have put all that behind me and have moved on living a positive life that I can be proud of — I still have the naysayers with the “Who does she think she is” and “I remember when she…” as a part of their conversation, but to hell with them.  I can share my own truth with YOU, MYSELF AND MOST IMPORTANTLY, MY CHILDREN ONE DAY!  Who do I think I am?  A mentor and an amazing sister, daughter and mother.  In fact, my mother said something to me a year ago that still makes my eyes swell up with tears today.  She asked me for advice, saying I was a “wise woman.”  Wow, is all I could say.

So how did I get so strong and wise?  I tell everyone that I was blessed to grow up in the age of Oprah Winfrey and Sally Jesse Raphael, so I knew how to counsel myself by listening to other people’s stories.  And secondly, I gained the spirit of a champion by non-other than Ms. Buffy Summers!  Say whatttt??? Yes, even as an adult, I was a closet “Buffy the Vampire Slayer” fan.  I envisioned myself kicking ass like she kicked ass and, in the words of one of the slayers in the final episode, “These guys are dust.” I freed myself from my own dungeons and slayed all the demons and dragons..and have happily, lived to tell the tale.

I am now a gatekeeper, guardian of my children’s souls.  And I lived through it all so I can die protecting them.  And especially, snatch my little girl by the collar QUICKLY if I see her doing anything that I did.  “Mama’s been there, done that” is an understatement.

Lesson learned — ANYONE can lose their way..and can find their way back.

What’s your truth?  Be blessed..and thanks for allowing me to share.  Here’s to finding your own strength!