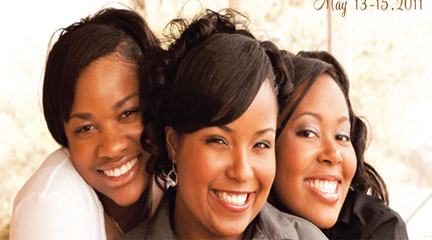 To kick-off and celebrate National Breast Cancer Awareness month, the Sister House will glow in pink every night during the month of October as a symbol of Sisters Network Inc. commitment to increase awareness about the breast cancer crisis affecting African American women nationwide.

Black women in Houston die of breast cancer at a rate of 45 percent greater than the mortality rate of white women according to a study previously conducted by Sinai Urban Health Institute. Access to care both mammography and treatment were cited as part of the problem.

Over 100 elected officials, business and community leaders and breast cancer survivors will be on hand for the invitation only pink lighting reception at Sisters Network Inc. national headquarters located in Houston’s Historic Third Ward.

Sisters Network® Inc. is a leading voice and the only national African American breast cancer survivorship organization in the United States. Founded in 1994 by Karen E. Jackson, Sisters Network is governed by an elected Board of Directors and assisted by an appointed Medical Advisory Board. The organization’s purpose is to save lives and provide a broader scope of knowledge that addresses the breast cancer survivorship crisis affecting African American women around the country. As a leading advocate in the African American breast health awareness movement, Sisters Network efforts have impacted an estimated 4.5 million people during 2010 through the affiliate chapters outreach.