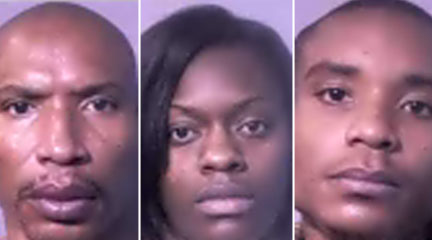 Intriguing testimony was expected to continue Tuesday in the trial of a Houston pastor accused of having his wife murdered. Pastor Tracy Burleson is at the center of the case, which includes murder-for-hire, greed and a bizarre love triangle involving his own son.

Prosecutors said Burleson paid his son, William Fuller, to kill his wife. Pauletta Burleson was found shot to death outside the couple’s home on May 18, 2010.

Burleson told police he and his wife had gotten into a fight on the night of the shooting, and he left to buy potato chips and a candy bar from a neighborhood store. Burleson said when he returned, he found his wife lying dead outside.

Investigators didn’t buy his story. Investigators said the pastor did not have any chips or candy bars when he returned.

“I was already eating them, and at the same time I didn’t think I would come home and find my wife shot,” Burleson explained.

But something else didn’t add up. The store Burleson said he went to closed at 10 p.m. that night.

Investigators named him a person of interest the next day.

Further investigation led police to the pastor’s son. When they questioned Fuller, they say he cracked and made a shocking confession.

According to documents, Fuller admitted that he shot and killed his stepmother in a murder-for-hire plot allegedly devised by his father; a claim Burleson denied.

“I would never tell my son to do anything like that,” Burleson said of the allegation. “I didn’t pay my son. I didn’t have no money to pay my son.”

Burleson was accused of convincing his son to kill his wife so he could profit from her life insurance.

Investigators said the pastor and his son were also having an affair with the same woman, Tyonne Palmer-Pollard.

Investigators said she assisted the gunman after he called and told her the pastor’s wife had been shot.

According to police reports, Palmer-Pollard picked up the gunman, drove him to get cleaned up and assisted in burning the gun used in the shooting.

She was charged with tampering with evidence.

Burleson admitted he was involved with Palmer, and said he had found out about his son’s affair with her a short time before his wife’s death.

He apologized to his congregation at the First New Mount Calvary Baptist Church about the affair, but maintained his innocence in his wife’s death.

Want more of the shocking story, read the rest at khou.com.