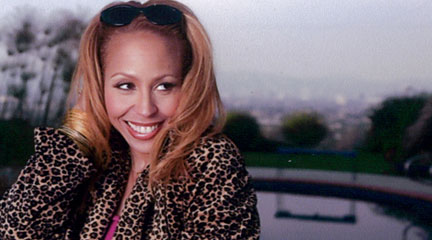 Drop-dead gorgeous, voluptuous and a voice that not many could match, R&B diva Vesta Williams was found dead in California Thursday, according to the Associated Press.

Authorities found Williams’ body at 6:15 p.m. in a hotel room.

Ask any R & B lover who was ALIVE in the 1980s, and they can all tell you how they were moved by Williams’ song, “Congratulations.”

Williams poured her heart out in the emotional tune, which expressed a jilted woman’s heartbreak after learning the love of her life was getting married to another woman.

Anyone who suffered love and loss could lock themselves in a room with a box of chocolates and weep for days on end just listening to the lyrics.

Williams was also known for her hits, “Don’t Blow a Good Thing,” “Once Bitten Twice Shy,” and “Sweet, Sweet Love.”

After learning of the singer’s death, stars and fans spread the news and posted condolences on Facebook and Twitter.

“…just received truly devastating news: R&B great, and my friend of many yrs, Vesta Williams (@vesta4u), has passed away. #RIPVesta” .

Williams had a recurring role on the hit “Sister Sister” playing one of Jackee’s girlfriends.

Williams was always a very voluptuous woman, but she grew to a size 26 after her singing career ended.

“When I lost my record deal and my phone wasn’t ringing, I realized that I had to reassess who Vesta was and figure out what was going wrong,” Williams told Ebony Magazine. “I knew it wasn’t my singing ability.  So it had to be that I was expendable because I didn’t have the right look.”

Williams lost the weight, dropped down to a size 6 and was on the path to a major comeback.

She was scheduled to perform at the 21st annual “DIVAS Simply Singing!” in Los Angeles next month, but now the show will pay tribute to her and the late Teena Marie, another soul singer who left us too soon.

Authorities said Williams died from a possible drug overdose, but it will take at least six weeks for a complete toxicology examination.

One thing we must note is, if drugs were involved, we do not know if it was accidental or intentional and we also do not know if they were prescription or illegal.

So, out of respect for Mrs. Williams, we would like to say her death is tragic and no one knows why God called her home at this time.

Williams was only 53 years old.  Her legacy will continue to live on and she will be truly missed.

Check out the video of our favorite song, “Congratulations,” courtesy of Youtube.