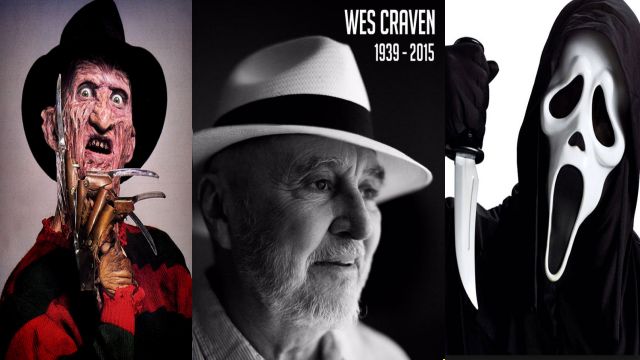 The visionary filmmaker and master of horror films, Wes Craven, died in Los Angeles Sunday after a battle with brain cancer.  He was 76 years old.

Despite his religious upbringing, Craven became a writer/director, releasing his first film “The Last House on the Left” in 1972 and twelve years he introduced the world to Freddy Krueger with 1984’s  “A Nightmare on Elm Street.”

His famous movie franchise “Scream” made its way to MTV as a television series in June of 2015. After much success with the first hit film in 1996, it grossed $103.1 million starring Neve Campbell, Courteney Cox, Drew Barrymore and David Arquette.

Before his passing, he left us with some #MondayMotivation for the upcoming filmmakers.

After the news was shared to the public during MTV’s Video Music Awards, celebrities and fans sent their condolences to the family, as well as remembering his work. How many of you remember the iconic bathroom scene from the original “A Nightmare on Elm Street”?  Take a look at the clip and don’t fall asleep!