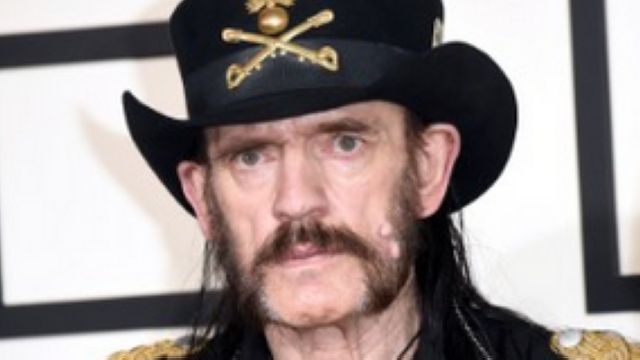 Fans all over are mourning the death of Ian “Lemmy” Kilmister, the legendary frontman from The Motorhead rock band.  He was 70 years old.

His death comes only a month after Motorhead’s drummer, Phil Taylor, passed away from serious illness complications.

Lemmy’s untimely death comes strikingly quick after being diagnosed of an aggressive form of cancer two days prior.

He died at his home Monday while playing his favorite video game.

Lemmy has battled several illnesses throughout his life, ones that forced him to decrease his smoking and drinking habits. It is said that he smoked for 54 years.

Lemmy is best known for starting the “mutton chops” craze that dominated the 70’s. His fellow giants in the music world expressed their condolences on social media.

Lemmy, you are one of the primary reasons this band exists. We’re forever grateful for all of your inspiration. RIP pic.twitter.com/WC1csn5F5x

The mighty one has fallen. The father of Rock’n’Roll has said goodbye. Dear Lemmy, you will be missed. pic.twitter.com/n67GwanMqM

Our thoughts and prayers go out to his family and friends. Today marks another sad day in the history of rock music.  #gonebutneverforgotten #englishrockhero #rockonLemmy #cancersucks #MOTORHEAD