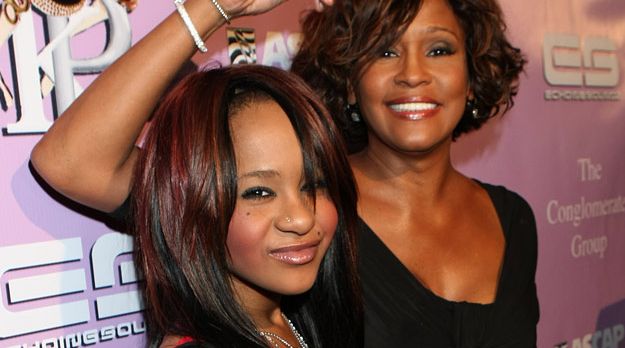 ATLANTA — The Fulton County Medical Examiner has released findings of what led to the death of Bobbi Kristina Brown, the daughter of the late, great legendary singer Whitney Houston and Bobby Brown.

Bobbi Kristina’s face was immersed in water, and along with drug intoxication, led to her eventually dying from pneumonia, the official cause of death.

The 22-year-old was found face-down and unresponsive in a bathtub in her suburban Atlanta townhome Jan. 31, 2015, and remained in hospice care for months.  She took her last breath on July 26.

Marijuana, alcohol and medications used for sedation or to treat anxiety was found in Bobbi Kristina’s system, according to records.  The official ruling was released to the public on Friday.

“The underlying cause of death is the condition which starts the downhill course of events leading to death and in this case is the immersion associated with drug intoxication,” the medical examiner’s office said in the statement. “Death was clearly not due to natural causes, but the medical examiner has not been able to determine whether death was due to intentional or accidental causes, and has therefore classified the manner of death as Undetermined.”

That “undetermined” may not sit well with some of the family members.  It has been speculated that Nick Gordon, the “husband” of Bobbi Kristina had something to do with her death.  Gordon was considered to be a Godson to Houston and, after her death, he and Bobbi Kristina became romantically involved. Gordon continues to maintain that he did not harm Bobbi Kristina, and there is no evidence that he has.

Bobbi Kristina and her mother’s death were eerily similar.

Just before the 2012 Grammy Awards, Whitney Houston was found face-down in a tub of water in her hotel room at the Beverly Hilton Hotel. Her death was ruled an accidental drowning, but the medical examiner found cocaine in her system.  She also had heart disease.

Afterward, the world watched with sorrow as Bobbi Kristina struggled in the aftermath of her mother’s passing.  RIP to Whitney Houston and Bobbi Kristina.  The mother and daughter are now joined for an eternity, in peace.

We hope the Houston and Brown families can ow move on and heal.
Here’s one of our most inspirational songs performed by Whitney Houston: