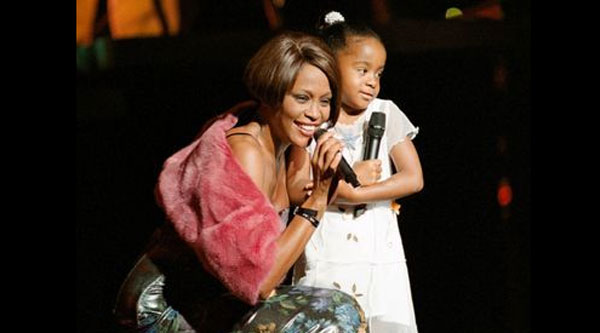 It is hard being in the Hollywood spotlight, especially when so much negativity surrounds everything you do and everyone in your life (or so it seems).

The world is definitely keeping close watch on the little princess of one of the most beloved stars the world has ever seen.

Bobbi Kristina, daughter of the late Whitney Houston and troubled R &B singer Bobby Brown, has been a constant figure in the public since her mother’s untimely death.

Instead of being allowed to mourn properly, she is being followed by paparazzi and is under immense public scrutiny over everything from her relationship with her adopted brother/ boyfriend Nick Gordon, her appearances on the family reality show “The Houstons:  On Our Own,” her rift with her grandmother, Cissy Houston, and her often overly-laid back demeanor which has led to constant drug speculation.  It also doesn’t help that her father, Bobby Brown, has been sentenced to jail time once again for yet another DWI offense.

Regardless of everything that appears to be going on in the young woman’s life, Bobbi still shows that she is a “Mama’s girl” who misses her mother dearly. On her 2oth birthday yesterday,  she posted a sweet message on Instagram to her mom.

Our hearts go out to Bobbi Kristina and we pray all will be well in her life soon.  The love shared between a mother and daughter is like non-other.  Go to your grandmother in times like these for strength.  She needs you just as much as you need her.  The entire world mourns with you all.