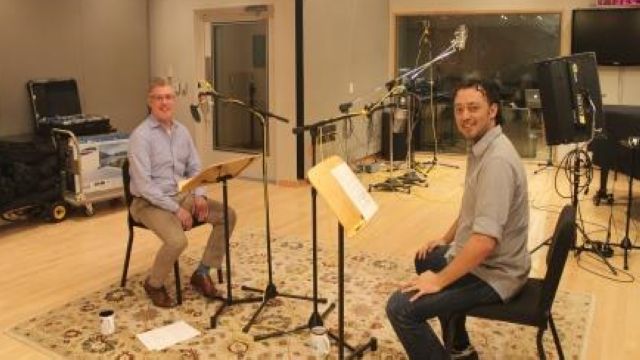 HOUSTON — The Houston Symphony announced the launch of On the Music, a free podcast series that provides an in-depth look at the works featured in Houston Symphony classical concerts, bringing into focus the relevance of this musical genre for today’s listeners.

Hosted by Musical Ambassador/Assistant Conductor Carlos Andrés Botero and Houston Public Media Arts and Culture Director St.John Flynn, On the Music strives to engage and captivate longtime and new audiences, near and far, by narrating the history behind featured masterpieces in relationship to their distinctive melodies.

“I look forward to enhancing the musical experience for listeners and bringing them closer to our art with the goal of transforming even more lives,” said Botero, who is also the co-host of the Symphony’s “Musically Speaking” series at Rice University.

Each 30-minute episode, featuring exclusive excerpts from Houston Symphony archival recordings and NAXOS’ music library, will accompany a subscription concert weekend to help audiences gain a deeper appreciation of the music through musical context and commentary on the score. On the Music is intended to appeal to loyal concertgoers as well as new audiences many of whom may be learning about the culture, history, identity and meaning of classical music for the first time. These episodes give audiences context into the world of symphonic music while also exploring how it can become a source of inspiration, discovery and reflection in an even richer world beyond the music – all from the comfort of their home or while on the go.

The first two podcasts, currently available at houstonsymphony.com/onthemusic, will delve into Beethoven’s Second and Eighth Symphonies, which will be featured in the first concert of the 3 Weeks of Beethoven series, which begins March 4. These and future episodes, which can also be accessed directly from the On the Music SoundCloud channel, will be available on iTunes at a later date. On the Music is a co-production of the Houston Symphony and Houston Public Media.