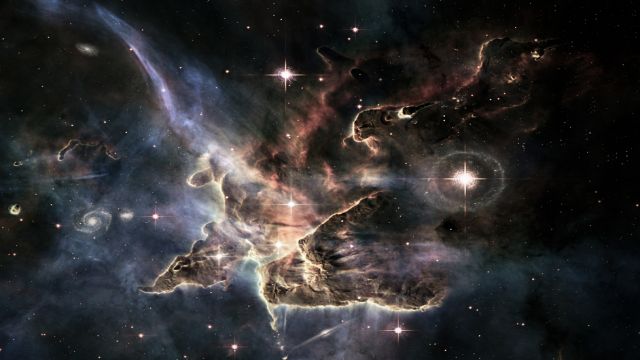 Houston Symphony ends season with world premiere of “The Cosmos”

The Houston Symphony’s 102nd season will come to a close in May 2016 with a varied sampling of Family, Classical, and POPS concerts. Classic rock will kick off the month, the final 2015-16 Family concert will encourage children to follow their dreams, and Andrés Orozco-Estrada will take the stage for the season’s final classical concerts, which include the world premiere of “The Cosmos – An HD Odyssey.”

Joined by guest vocalists Shem von Schroeck, Micah Wilshire and Lori Wilshire, the orchestra will perform music by some of the most distinguished rock bands of 60s, 70s and 80s in Journey, The Eagles, Fleetwood Mac & More at 8 p.m. May 6-7 and 2:30 p.m. May 8. Principal POPS Conductor Michael Krajewski will lead the ensemble in three decades’ worth of iconic rock music including Journey’s “Faithfully” and “Open Arms,” Don Henley’s “Hotel California” and Fleetwood Mac’s “Dreams.”

The same weekend, at 10 and 11:30 a.m. on Saturday, May 7, families and children of all ages are encouraged to attend the season’s final Family concert, Dreams Can Come True. Led by Associate Conductor Robert Franz, the program explores the imagination with music from Disney’s classic “The Little Mermaid” as well as A Midsummer Night’s Dream, all while reminding kids to follow their passions and dream big.

Andrés Orozco-Estrada returns to the podium at 8 p.m. May 21 and 2:30 p.m. May 22 for Andrés Conducts Symphonie Fantastique. The program will commence with Composer-in-Residence Gabriela Lena Frank’s Escaramuza, then guest pianist Gabriela Montero joins the orchestra to perform Grieg’s virtuosic Piano Concerto. Finally, Berlioz’ dream-like and hallucinatory Symphonie fantastique takes the spotlight. An additional performance of Symphonie fantastique will be given at 7:30 p.m. May 19 at Rice University’s Stude Concert Hall as part of the “Musically Speaking with Andrés” series.

In the season’s grand finale, The Cosmos – An HD Odyssey will truly take audiences out of this world at 8 p.m. May 26-29. The final installment in the HD Odyssey film trilogy that began with “The Planets” and “The Earth,” “The Cosmos” features video and imagery of the universe’s far distant galaxies, the sun, and other astronomical wonders as seen from the Hubble Space Telescope. The film, from producer Duncan Copp, will be accompanied by the Houston Symphony’s live performance of Dvořák’s famous Symphony No. 9, From the New World.

All concerts will take place at Jones Hall for the Performing Arts, 615 Louisiana Street, in Houston’s Theater District, unless otherwise noted. For tickets and information, please call (713) 224-7575 or visit www.houstonsymphony.org. Tickets may also be purchased at the Houston Symphony Patron Services Center in Jones Hall (Monday–Saturday from 10 a.m. to 6 p.m.). All programs and artists are subject to change.