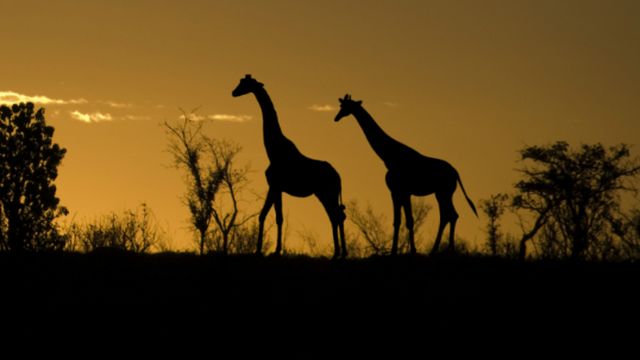 African Safari with Music from ‘The Lion King’ at Houston Symphony

On November 1, embark on the first concert of the Houston Symphony’s Family Concert Series as Associate Conductor and audience favorite Robert Franz leads the orchestra in a program entitled African Safari with Music from The Lion King. Get your passport stamped as you trek across Africa listening to the sounds of exotic wildlife, enjoy the treasured melodies from Disney’s Lion King and dance to African folk tunes and drumming, accented by the dynamic beats and movements of a West African Houston-based dance company, the Intuitive African Dance and Drum Culture.

Don’t forget to pack your binoculars, khakis, safari hat and an adventurous spirit, as Associate Conductor Robert Franz and the Houston Symphony guide your musical excursion across Africa.  Costumes are encouraged!

As always, the family concert experience includes in-lobby activities including the Instrument Petting Zoo, crafts, and young musician performances.  Our 4-concert Family Series offers a mix of thematic orchestral music for young minds. The full 2014-15 Family Concert Series also includes ‘Twas the Night Before Christmas in December, Star Wars and More! in March, and School House Rock! in April.  Each 50-minute concert is held on Saturday mornings with two start times, either 10am or 11:30am.  Lobby activities take place before the 10am performance and after the 11:30am performance.  Associate Conductor Robert Franz always shows up dressed in character, and audiences are encouraged to do the same!

African Safari with Music from The Lion King

About the Intuitive African Dance and Drum Culture

Intuitive African Dance and Drum Culture provides “edutainment” services by preserving and promoting the rich cultural history of West African Drum and Dance. Intuitive provides instruction and performance services in traditional West African rhythms and the transitions of those dances and rhythms throughout the Diaspora.

As Associate Conductor of the Houston Symphony and Music Director of the Boise Philharmonic, Windsor Symphony Orchestra and the Fairbanks Summer Arts Festival, Robert Franz is acclaimed by critics and composers.

In Houston, he leads the Symphony in educational and family concerts. His work with students has led to a continuing relationship with Radio Disney. Last season, Robert conducted the orchestra’s 100th anniversary concert; led a family series concert with the Houston Grand Opera, Theater Under the Stars and the Alley Theatre; partnered in a concert for the Anti-Defamation League; and was on the podium for a side-by-side performance of Tchaikovsky’s 6th with the Houston Youth Symphony totaling 150 musicians.

ASCAP has recognized Robert for his advocacy in arts education. Under his direction, the Buffalo Philharmonic Orchestra (2008) and the Louisville Orchestra (2001) were awarded the Leonard Bernstein Award for Educational Programming. He has addressed the Idaho Legislature on the importance of music in education and authored his first children’s book with a CD, Stella’s Magical Musical Tour of America.

He received a master’s degree in conducting and a bachelor’s degree in oboe performance from the North Carolina School of the Arts. Visit www.robertfranz.com.

During the 2014-15 season, the Houston Symphony enters its second century as one of America’s leading orchestras with a full complement of concert, community, education, touring and recording activities. This season also marks the inaugural year for new Music Director Andrés Orozco- Estrada. The Houston Symphony is one of the oldest performing arts organizations in Texas whose inaugural performance was held at The Majestic Theater in downtown Houston on June 21, 1913. Today, with an annual operating budget of $29 million, the full-time ensemble of 87 professional musicians is the largest performing arts organization in Houston, presenting more than 286 performances for 300,000 people, including 82,000 children, annually. For tickets and more information, please visit www.houstonsymphony.org or call (713) 224-7575.