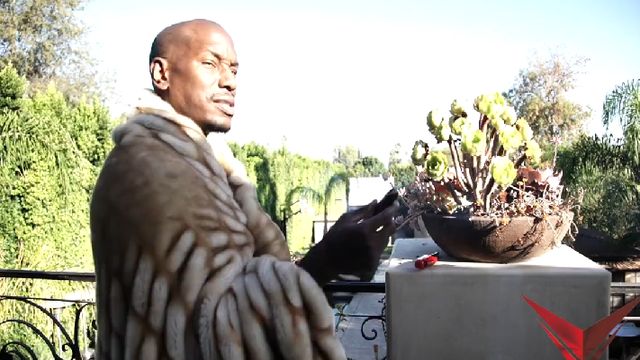 Jody, my Jody… Someone has pissed off Tyrese!  A comedian Spanky Hayes has caused a buzz for himself by making some strange allegations against actor and R &B star Tyrese Gibson.  The sad thing is… he might have done more harm than good…for himself.

Spanky says that he and Tyrese were the final two up for the iconic pop culture lead role in John Singleton’s “Baby Boy” and Tyrese won the part because he performed a sexual favor for a man in charge of the production.

Sounds like a stretch, right?  Well, I don’t know if this is just a comedian being a comedian, but I don’t think anyone can see Spanky in that role, which was originally made for Tupac.

Anyway, Tyrese fired back in a video that has obviously gone viral.  While some say Tyrese should not have given Spanky any attention, it was a  nice little jab, albeit over the top.  Tyrese walks around his palacial home “Ghetto Godfather style” in a fur and smoking a cigar while channeling Bill Duke from “Menace to Society” with the infamous line “You know you done fucked up, right?”
Tyrese goes on to verbally assasinate Hayes.

Tsk..tsk..tsk.. check out the video for yourself.

Post by Tyrese Gibson.
And see the video that started it all, courtesy of TMZ. com.

And just to give you a little blast from the past, here is a little snippet from “Menace to Society”… “You know you done fu$#ed up, right?’