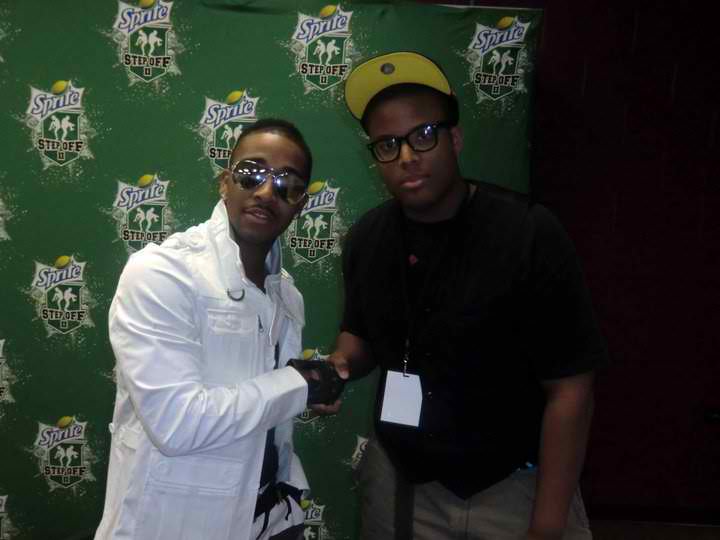 HOUSTON — Texas Southern University had the pleasure of hosting a national event this weekend. The Sprite Step Off II competition made a stop in Houston, TX and surrounding college Greek letter organizations battled it out competing for scholarship, prizes and a chance to advance to the semi-finals.

The health and physical education arena was flooded with people eager to see some stepping and the musical guests, which included local artist Kirko Bangz, Rap Diva Diamond and R&B artist Omarion. Houston radio personality  Nnete from 9.79 The Box emceed the evening.

Throughout, the night members of different fraternities and sororities showcased their moves with choreographed step routines that lasted anywhere from five to ten minutes.

From the look of it, attendees did not seem pleased with the step-off. I heard many people mumbling, “When is this over?”

It may have been that Weezy (Lil’ Wayne) was in town with the whole Young Money gang for a concert, and most people who would typically go to the step off were probably at that show.

I think the only people really going crazy for Omarion were the high school girls in the crowd because  my Twitter timeline was flooded with Omarion jokes and all the college students I follow on Twitter said Omarion’s performance was terrible.

It was evident that the turnout in numbers decreased from last year. The arena had plenty of available seats and last year the show was completely sold out and they were turning people away at the doors.

But we are still TSU proud and very priviledged to host the event, but hopefully next time, we won’t be in competition with the biggest rap artist in the nation!

For more information, photos, videos and highlights from competitions around the country, visit spritestepoff.com.

Check out some photos of the event!