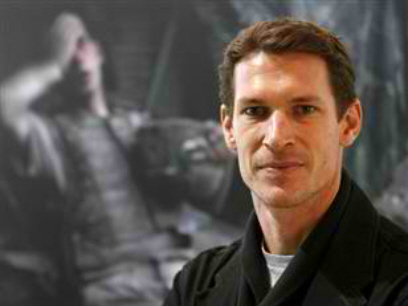 MISURATA, Libya — An Oscar-nominated filmmaker and a prize-winning photojournalist covering the battles in Libya were killed Wednesday when Moammar Gaddafi’s forces attacked rebels, according to the Washington Post.

According to the Washington Post, 40-year-old Tim Hetherington, a photographer and filmmaker who recounted the plight of American soldiers in Afghanistan in his documentary “Restrepo”, died from wounds suffered in the attack, according to his family and a reporter at the scene.

Chris Hondros, a Pulitzer Prize-nominated photographer for Getty Images, died of injuries hours later.  Hondros’ depictions of war’s toll have appeared in many magazines and newspapers.

The Washington Post said the journalists had accompanied rebel fighters to Tripoli Street in the city center.  Gaddafi’s forces pounded the city with mortars in an attempt to retake the strategic road that divides that city and the journalists were hit.  An ambulance rushed Hetherington and Guy Martin, a British freelance photographer working for the agency Panos, from the battle to the makeshift triage tent adjacent to the Hikma hospital about 5 p.m. Hetherington arrived bleeding heavily from his leg and looking very pale. He was pronounced dead about 15 minutes later.

About 10 minutes later, another ambulance carried Hondros and Michael Christopher Brown, who also suffered shrapnel wounds, to the triage unit. Doctors said shrapnel hit the photographer in the forehead and passed through the back of his head.

The group of American and British photojournalists was following rebels into heavy fighting.

Hetherington’s family released a statement mourning their loss: “It is with great sadness we learned that our son and brother photographer and filmmaker Tim Hetherington was killed today in Misrata, Libya by a rocket-propelled grenade.” They added, “Tim was in Libya to continue his ongoing multimedia project to highlight humanitarian issues during time of war and conflict. He will be forever missed.”

Hetherington and Hondros are the third and fourth reporters, and the first Western journalists, killed in Libya since fighting began in February, according to the New York-based Committee to Protect Journalists. Hetherington, the recipient of the 2007 World Press Photo Award for his photos of U.S. soldiers in Afghanistan for Vanity Fair, reported on the heavy bombardment earlier in the week via his Twitter account. “In besieged Libyan city of Misrata,” he wrote. “Indiscriminate shelling by Qaddafi forces. No sign of NATO.”

“It is overall quite bad,” Gypsy Guillen Kaiser, a spokeswoman for the committee, said of the situation in Libya. “As we speak, there are journalists — at least 18 — missing and detained, and we don’t know their fate.”