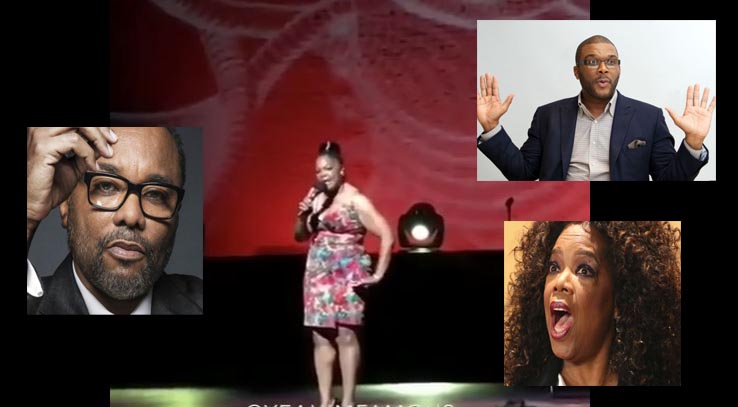 By: Symone Daniels
During a Mother’s Day comedy special at the Apollo Theater, one of the “Original Queens of Comedy,” Mo’Nique went on a rant about being blackballed by Hollywood — calling out the producer of Empire and Precious, Lee Daniels, in addition to Tyler Perry and Oprah Winfrey.

In her words, she said the famous trio could, “suck my d**k if I had one.”

In the 41-second rant, Mo’Nique said, “I was not blackballed. I was white balled by some black d**ks who have no balls. Thank you Mr. Lee Daniels thank you Mr. Tyler Perry thank you Ms. Oprah Winfrey. No baby I wasn’t black balled I was f***ed up by some n***as who had no balls. I know they like to say Mo’Nique you talk to mother***ing much. It would kill me not to say the real s**t. You are not paying me equally. You are not treating me fairly. So yall can suck my d*** if I had one.”

According to reports, Daniels and Mo’Nique’s relationship unraveled when Mo’ Nique failed to mention the director during her 2010 acceptance speech after winning the Oscar for best supporting actress.

Reports surfaced that Daniels said Mo’Nique was difficult to work with and refused to help campaign on behalf of the film during the 2010 awards season. And while Daniels was shading Mo’Nique, she was shading him right back. The comedian also blasted Daniels, saying that he originally offered her the role of Cookie Lyons on Empire, but after all the blackball hoopla, snatched it from her and gave it to Taraji P. Henson.

It’s still unclear to us why Mo’Nique chose to add Perry and Winfrey to the mix, but we do have one piece of advice…. “Don’t come for “Queen O” unless she sends for you!”