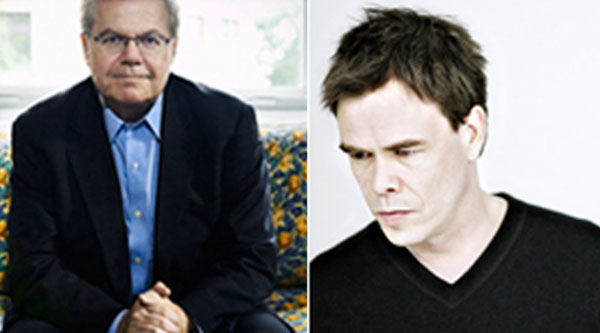 HOUSTON – The Houston Symphony welcomes the return of soloist and piano superstar Emanuel Ax for three performances at Jones Hall on February 13, 15 and 16. Under the baton of Houston favorite Hannu Lintu, audiences will enjoy the brilliance of composers Bach, Strauss and Ravel.

After opening with the intriguing and subtle Valses nobles et sentimentales by Ravel, Ax and the orchestra will perform Johann Sebastian Bach’s Piano Concerto No. 1 in D minor. Transcribed from a lost violin concerto, this piece is the first and most popular of the six Bach concertos for piano.  The first and third movements of the concerto, filled with ornamentations and flowing figures like those found in a Bach violin concerto, allow the soloist to showcase the virtuosity of this favorite work.

Following the Bach, audiences will be treated to the wonderful and famous sounds of Richard Strauss with Ax performing the exciting and waltz-like Burleske in D minor for piano and orchestra. Filled with dance-like gestures, audiences are sure to draw relationships between the Strauss and the Ravel throughout the program.

The orchestra will close the evening with a performance of Strauss’s Suite from Der Rosenkavalier. With farcical and dramatic nods to earlier operas by Mozart and others, Der Rosenkavalier is Strauss’ nod to the past, unlike his forward looking, although popular, operas Elektra and Salome. Due to the immense popularity and success of the opera, Strauss wrote this orchestral suite encompassing various themes from the opera to help tell the comedic and heart wrenching story of this 19th century love triangle.

Born in Lvov, Poland, multi-Grammy® Award winner Emanuel Ax moved to Winnipeg, Canada, with his family as a young boy. His studies at The Juilliard School were supported by the Epstein Scholarship Program of the Boys Clubs of America, and he subsequently won the Young Concert Artists Award. He also attended Columbia University, where he majored in French. Ax captured public attention in 1974 when he won the first Arthur Rubinstein International Piano Master Competition in Tel Aviv. In addition to this return visit with the Houston Symphony, his season includes performances from England to China. He lives in New York City with his wife, pianist Yoko Nozaki. They have two children, Joseph and Sarah. Ax is a Fellow of the American Academy of Arts & Sciences and holds honorary doctorates of music from Yale and Columbia Universities.

About the Houston Symphony

During the current 2013-14 Season, the Houston Symphony celebrates its 100th year as one of America’s leading orchestras with a full complement of concert, community, education, touring and recording activities. In the upcoming 2014-15 Season, the orchestra begins its next century under the direction of Music Director Andrés Orozco-Estrada, the organization’s first Hispanic music director and 15th overall.  The Houston Symphony is one of the oldest performing arts organizations in Texas whose inaugural performance was held at The Majestic Theater in downtown Houston on June 21, 1913. Today, with an annual operating budget of $30.7 million, the full-time ensemble of 87 professional musicians is the largest performing arts organization in Houston, presenting more than 286 performances for 300,000 people, including 82,000 children, annually. For tickets and more information, please visit www.houstonsymphony.org or call 713-224-7575.