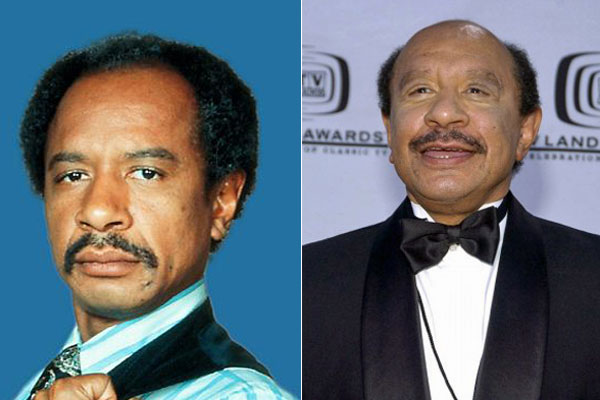 Why the heck is Sherman Hemsley not buried?

I tell ya this, when I go, let me have some decency and put me in my final resting place.  I remember when my beloved grandmother died, she intentionally did not make a will as one final laugh to watch her (ungrateful) children steal, fight and bicker over money they hadn’t worked for, but felt they were entitled to.

Money has a way of bringing out the ugly in people.

As may be the case with Sherman Hemsley.  His loved ones are bickering over his estate which – hear me now – is worth a “whopping” $50,000.  Nonetheless, the Philadelphia-born iconic actor has not been buried because of a dispute over his money.

Hemsley’s will names his longtime manager Flora Enchinton of El Paso as sole beneficiary. That is being contested by Richard Thornton, a Philadelphia man claiming to be Hemsley’s brother – and the rightful heir to the inheritance.

Judge Patricia Chew has ordered a DNA test to see if Thornton’s claims are valid.  The trial has been rescheduled for October 31, which should be enough time for the DNA results to come in.

Until then, Hemsley will remain on ice at an El Paso funeral home.  He lived in El Paso for nearly 20 years.

Hemsley was most famous for his role as the tough-talking, dry-cleaning, piece-of-the-pie having George Jefferson first in Carroll O’Connor’s “All in the Family,” which led to the 1970s hit sitcom “The Jeffersons.”  He and his wife “Weezy,” played by Isabel Sanford, starred in the spinoff sensation from 1975 to 1985.  After that, Hemsley went on to play another tough, but lovable character – Deacon Ernest Frye – in “Amen.”  That hit show, also starring Anna Maria Horsford and Clifton Davis, ran from 1986 to 1991.

Hemsley made countless appearances in many shows after that.

Hemsley’s final curtain call came when he succumbed to lung cancer on July 24.  He was 74 years old.  It is time for him to be given the decency he deserves.  Greed is something else.