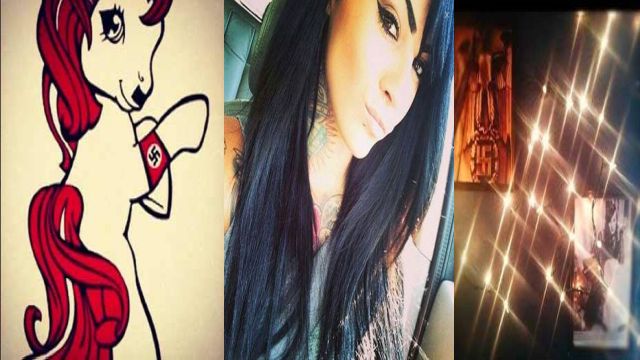 According to TMZ, the image was published back in 2012 but “magically” resurfaced. I guess the saying “what’s done in the dark will come to light” is true!!

The controversial photo featured an image of My Little Pony with a swastika on its arm. Schreiber captioned the photo “I like history ha. The swastika means prosperity and luck. It was around way before Hitler turned it into an icon.”

Well Zahra, your infatuation with that part of history just cost you your J-O-B.  Many fans flocked to the comment sections, outraged at her poor choices. Apparently no one is buying her bull of why she posted the photo.

When WWE caught wind of the situation, they wasted no time kicking her to the curb.

The organization released a statement on the issue:

“WWE released Zahra Schreiber due to inappropriate and offensive remarks she made that were recently brought to our attention.”

TISK TISK! Can someone please direct Ms. Schreiber to the unemployment line?

TMZ.com was the first outlet to release news of Schreiber’s termination and photos.