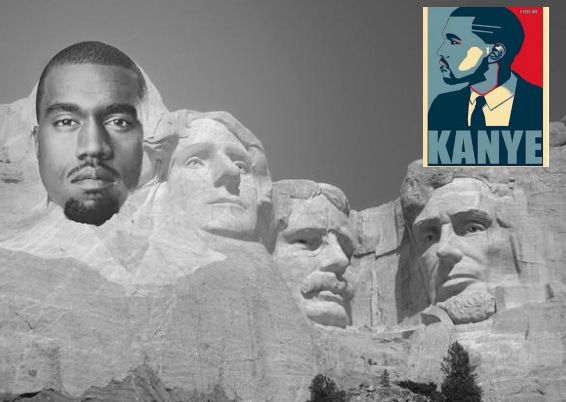 Now what’s a VMA award show without Kanye West? This time around may have been more favorable, even after his run in with Taylor Swift back in 2009.

While West accepted the Michael Jackson Video Vanguard Award at the MTV Video Music Awards on Sunday, he also gave a heartfelt speech regarding fatherhood, defending artists in the field, the contradiction of award shows and the media.

West has been known for being “under the influence” during award shows. Except this time around, it was not a half bottle of Hennessy that he threw into the crowd. He admitted, “taking the edge off” with a little something of Mary Jane possibly? Nonetheless, West has never been scared to admit the truth.

Though he was feeling some regret after his situation with Swift, he also expressed that sometimes in art it is not always a pretty picture.

“I still don’t understand award shows. I don’t understand how they get five people who work their entire life, won, sell records, sell concert tickets, to come, stand on a carpet and for the time in their life, be judged on the chopping block and have the opportunity to be considered a loser. I don’t understand it, Bro! I’ve been conflicted. I just wanted people to like me. But f*ck that, Bro! 2015. I will die for the art, and for what I believe in –and the art ain’t always gonna be polite!” he stated.

“I don’t know what I’m finna lose after this, it don’t matter though, because it ain’t about me, it’s about new ideas, Bro, new ideas. People with ideas, people who believe in truth,” he said. “And yes, as you probably could have guessed by this moment, I have decided in 2020 to run for president.”

Now we’re not exactly sure if it was a joke or a serious matter. However, #Kanye2020 is in full effect. Will you be voting for Kanye West?