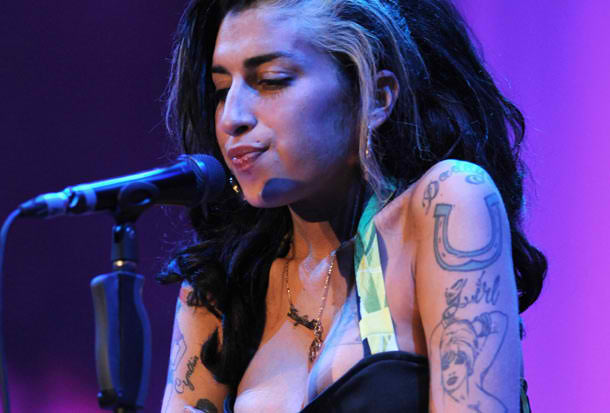 Amy Winehouse, the 27-year-old soulful songbird known for her well-publicized battle with drugs, has been found dead in London, according to the Daily Mirror.

Paramedics were called to the Grammy Award winner’s Camden Square home this afternoon, where she was pronounced dead.  Her cause of death is unknown at this time.

According to the Daily Mirror, a press release from the Metropolitan Police said: “Police were called by London Ambulance Service to an address in Camden Square NW1 shortly before 16.05hrs today, Saturday 23 July, following reports of a woman found deceased.

“Enquiries continue into the circumstances of the death. At this early stage it is being treated as unexplained.”

Winehouse’s story sadly is a true interpretation of life imitating art.  The talented young woman rose to fame when her single “Rehab,” skyrocketed to the top of the charts. But after the success of her Back to Black album, Winehouse spent time in and out of rehabs for drug and alcohol problems, numerous leaked Internet photos and videos of Winehouse allegedly abusing drugs and most recently, a disturbing performance at a concert in Belgrade.

Audience members booed and jeered at Winehouse as she stumbled on stage and forgot lyrics to songs, while looking dazed and confused.

The concert tour was canceled after that.

We wish her family, friends and fans the best during this troubled time.