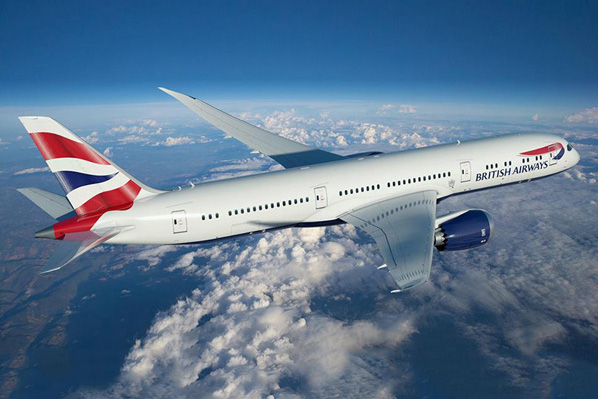 NEW ORLEANS —  Residents of “The Big Easy” will soon find it easier to visit “Big Ben,” thanks to the launch of British Airways flights between New Orleans and London. The four times per week service is scheduled to begin on March 27, 2017, which will make it the only nonstop service to Europe. Tickets are available to purchase on ba.com starting today.

Customers will be able to experience the newest aircraft in British Airways’ fleet, the Boeing 787-8 Dreamliner. The new service will provide a direct connection to London but also allow travelers to connect quickly and easily onto more than 130 destinations within the British Airways network, throughout Europe and beyond.

BA225 will depart from London Heathrow at 3:40pm and arrive Louis Armstrong New Orleans International Airport at 7:40pm. BA224 will leave New Orleans at 9:10pm, arriving into London at 12:00 noon the next day.

Simon Brooks, senior vice president sales for British Airways, said “We are delighted to be adding New Orleans to the British Airways global network. It’s such a vibrant city and like London, it boasts an iconic music and arts scene. I’m sure it will be a big hit with British visitors. We are also pleased to be connecting our two cities as developing technology hubs and look forward to increased business opportunities as a result of the new service.”

New Orleans Mayor Mitch Landrieu said, “For years, we have pursued bringing more direct international flights to Armstrong Airport and with the addition of British Airways it’s clear our hard work is paying off. Now, travelling from London to New Orleans and likewise from New Orleans abroad will be more economical and save time, unleashing new economic ties and cultural exchanges for our region’s businesses. Nonstop flights to London open a gateway to new international markets that will create jobs and new opportunity. In advance of our city’s tricentennial in 2018 and the opening of new North Terminal project, New Orleans is poised for big things as we welcome more travelers from around the world to our world-class city.”

Designed to enhance customer wellbeing, the new fuel-efficient aircraft boasts smooth ride technology, which minimizes the effects of turbulence and creates a more comfortable trip. Lower pressurization results in cabin air that is less dry, reducing the effects of jet lag for customers.

The 787 also has the largest windows of any commercial airliner, offering customers views of the horizon from every seat. Instead of pull down blinds, each one has its own dimmer switch.

All customers traveling on the 787-8 Dreamliner can use their individual widescreen TV to choose from a wide array of audio and video on-demand options. They can also speak to friends and family who are sitting throughout the aircraft using an in-seat chat system, as well as connect their own devices to the entertainment system.