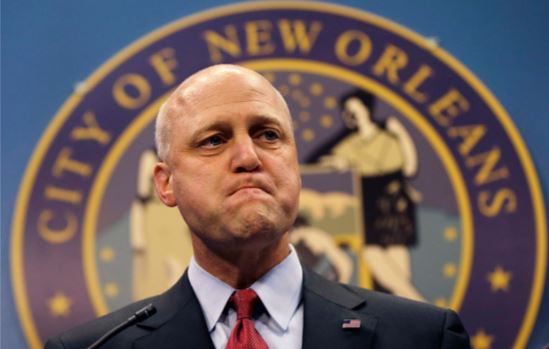 When put into a position of power, it is very hard to speak on certain topics that can divide a people. But the Mayor of New Orleans, Mitch Landrieu, decided to speak on terrorism and genocidal Confederate symbolism that will go down in history books.

According to nytimes.com, for nearly two years, the city of New Orleans has been in a debate over Landrieu’s proposal to remove four Confederate leader monuments and a Reconstruction-era insurrection organized by angered whites.

When Mr. Landrieu gave a widely reported speech on Friday after the last of the four was taken down, he made it clear how much the divisions go beyond New Orleans and the symbols and statues honoring the Confederacy.

“We all take our own journey on race,” said Landrieu, the city’s first white mayor since his father, Moon Landrieu, more than three decades ago.

“We need to change,’’ he said. “And we need to change now. No more waiting. This is not just about statues, this is about our attitudes and behavior as well. If we take these statues down and don’t change to become a more open and inclusive society, this would have all been in vain.’’

His speech resonated nationally to a remarkable degree, reprinted in publications like The Atlantic and hailed in The Chicago Tribune as “one of the great modern speeches on history and race in America.” A column in The New York Times hailed Mr. Landrieu for “putting some poetry back in public life” and for “demonstrating afresh that in language beautifully rendered, we find our humanity fully acknowledged.”