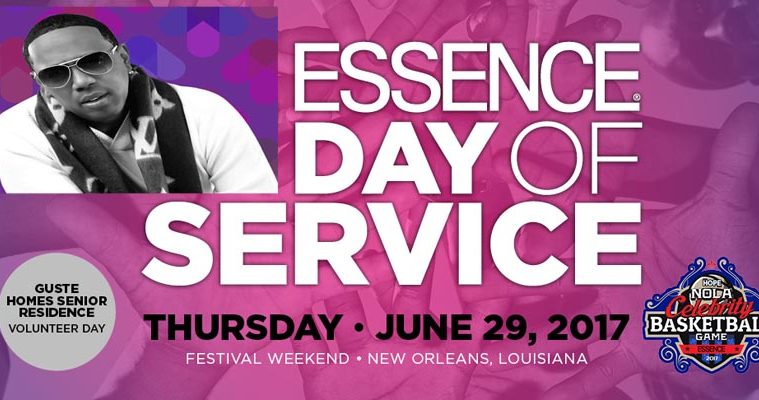 “We are thrilled to be expanding our Day of Service partnership with Master P and Team Hope Nola with the Festival’s first-ever charity basketball game,” said Joy Profet, General Manager of Essence. “Master P and Team Hope Nola have enlisted an incredible star-studded lineup who are eager to use their platform in effort to raise funds that will continually support New Orleans students with the necessary tools to enable future success.”

The charity basketball game will take place on June 29 at the Xavier University of Louisiana Convocation Center in New Orleans. Tickets will be open to the public and priced at $25.00 for General Admission and $100.00 for courtside seats. Funds raised from tickets sales will benefit the previously announced scholarship fund developed by Essence and Team Hope NOLA to benefit New Orleans youth.

“I reached out to some of my colleagues and friends and told them what we are doing to help raise money for the children in New Orleans and the response has been overwhelming,” said Percy “Master P” Miller. “It is extremely important to be able to help the young people from my hometown – these children are challenged with so much. This is just my way of giving back and we can have some family fun doing it,” continued Miller.

Players for the Festival and Team Hope Nola “Day of Service” Celebrity Basketball Game include:

For more information on the celebrity basketball game and ticket information, please visit:http://www.essence.com/festival/dayofservice.

For information about ticket sales, accommodations and the latest news about the Festival, visit www.essencefestival.com, and join the festival community on Twitter@essencefest #EssenceFest and become a fan of Festival on Facebook.