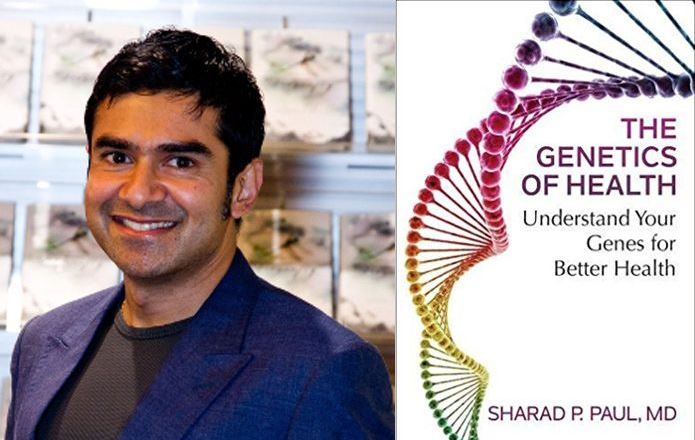 Dancing the “tango” can lead to a healthier life: Doctor gives 6 tips to reduce dementia risk

Dr. Sharad Paul says DANCING, particularly the TANGO, can help reduce the risk of dementia.. Of course, there are more things you can do….This article on health and wellness is a must read!

HOUSTON — Nearly 50 million people worldwide currently suffer from dementia, and this is set to almost double by 2030, and more than triple by 2050.

Alzheimer’s is the best known, most common (60-80%) form of dementia, the 6th leading cause of death in America, and once diagnosed with it, the average remaining lifespan is only 8 years.

The good news: you can reduce your odds of developing dementia in the first place, which Sharad Paul, MD (features include PREVENTION, NEWSMAX, READER’S DIGEST, Sirius XM Radio and more) discusses in THE GENETICS OF HEALTH: UNDERSTAND YOUR GENES FOR BETTER HEALTH (Simon & Schuster’s Beyond Words; April 4, 2017):

Several studies show that quitting cigarettes reduces risk of dementia markedly. One study of people from various ethnicities found heavy smoking in middle age as much as doubled the risk of later-life dementia. In people with Alzheimer’s disease, two abnormal proteins form plaques and tangles: firstly β – amyloid, a protein that ends up filling spaces between nerve cells affecting cellular communication; secondly, another protein causes a buildup within the cells and disrupts processes that cells need to survive. Smoking negatively impacts the body’s ability to handle these two problem proteins. Quitting has been shown to reduce the risk of dementia to normal within a few years.

The damaging effects of excessive alcohol on the brain are well known. However, drinking moderate amounts of alcohol has shown to reduce the risk of dementia. When comparisons were done between men and women drinking moderate amounts of alcohol (defined as 1-3 units per day for men, and 1-2 units per day for women), those that drank alcohol had a reduced risk when compared to teetotalers. However, once people exceeded this limit, the risk increased to the level of alcohol abstainers. Studies have also looked at what types of alcohol reduce risk, but it seems when it comes to dementia, the type of alcohol does not matter – there was no difference between wine, beer or spirits – moderation is the key.

Compared to low activity, high physical activity level was associated with a 43% reduced risk of Alzheimer’s, consistently across all studies. However, when studies were done on vascular dementia due to strokes, the effects were not as consistent across studies, as was noted in studies on Alzheimer’s disease. The Genetics of Health discusses how specific types of movement benefit the brain. Some of the results are quite surprising, especially the benefits of certain dance forms. Other studies looked at midlife physical activity and subsequent dementia risk (up to 30 years later) and found that there was nearly a 50% reduction in dementia when people were physically active in midlife.

Many studies have looked at B vitamins, and while randomized controlled trials have shown that supplementation with B vitamins can consistently reduce levels of homocysteine (which is implicated in heart disease), this does not translate to a reduction in dementia risk. However, what has been shown to help is eating a high intake of cereals, fruits, fish, legumes and vegetables. One theory is that such a diet reduces oxidative stress and inflammatory pathways in the body, thereby reducing the onset of dementia. Or it could be simply that the Mediterranean diet that is much lower in red meat consumption may reduce cardiovascular disease, which in itself is a risk factor for dementia. Hypertension and diabetes are well known risk factors for dementia and therefore it is important to keep these under control.

People with more years of formal education (measured by college attendance or degrees obtained) or greater literacy have a lower risk for dementia. Speaking a second language may delay the onset of dementia. Studies have shown that speaking two languages can delay the onset of dementia, regardless of education level. In a study of over 600 people aged 66, researchers found that those who spoke a second language delayed certain types of dementia by an average of 4.5 years. Learning a new language makes us develop particular parts of the brain that are useful in warding off dementia. Interestingly, speaking more than two languages doesn’t confer any added benefit. Stephen D. Krashen in The Natural Approach: Language Acquisition in the Classroom writes about the benefits of learning languages, “… language acquisition occurs in only one way: by understanding messages.” In the final analysis, there may be no greater messengers than the neuronal circuits of our brain.

Sharad P. Paul, MD, is a skin cancer surgeon, family physician, award-winning academic, and author of The Genetics of Health. He was awarded the prestigious Ko Awatea International Excellence Award for leading health improvement on a global scale.

Watch a video of Dr. Paul explaining his theories: