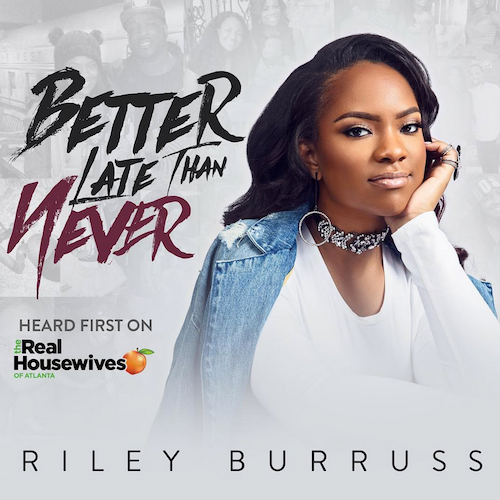 Riley Burruss is only 14 years old and is definitely following in her mother’s footsteps – right into the sound booth! If you are a fan of Bravo’s “The Real Housewives of Atlanta,” then you are probably aware of the estranged relationship that Riley has with her father. She and her mother, Kandi Burruss, have shed many tears over the topic many times on the show. Like most people in Riley’s shoes, she has “built up a brick wall and it’ll be hard to tear down,” but with the help of her superstar songwriting mom, she was able to come up with a way to express exactly how she feels and, you know, it just may help others who are in a similar situation.

Better Late Than Never is Riley’s new breakout song that is more than a message to her absentee father, but a mantra of forgiveness to those that can relate to the song. “Better late than never is what they say. So I guess I forgive you, even though you missed my birthday. I’m forgiving you even though you hurt me. I’m forgiving you, but you don’t deserve it,” Riley sings.

In an interview with The Daily Dish, Kandi explained why she felt so compelled to write the song for her daughter.

Riley’s track is currently blowing up the Internet and we guess it’s safe to say, “like mother like daughter!”