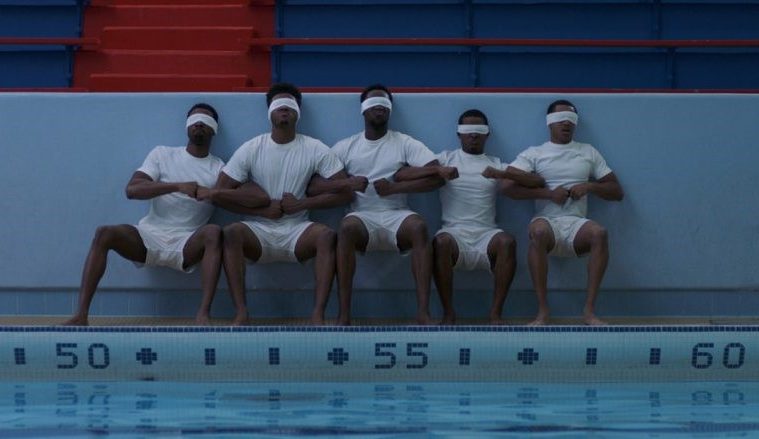 Burning Sands is a new Netflix original drama that is set to release March 10 and Black Twitter is already blazing!

The film is based on the lessons of Black Greek life and the not-so glamorous trials that one may have to endure to earn their letters. The film takes the audience on an intense ride through the eyes of the main character, Zurich (Trevor Jackson), “a favored pledge that is torn between honoring a code of silence or standing up against the intensifying violence of underground hazing.”

Directed by Gerald McMurray, a member of Omega Psi Phi Fraternity hopes that this movie will shed light on hazing in Greek organizations; an issue that is typically not talked about amongst outsiders, but with other members of the fraternity or sorority.

After Netflix dropped the first trailer for the film, there were many mixed emotions and people were not afraid to express how they felt. The trailer received both positive and negative feedback from Twitter.

Bet you any money “the Burning Sands” not gon make it to Netflix. The D9 is probably at their necks right now.

Those uppity greeks better not try to ruin that Burning Sands film on Netflix.

All the Frats are mad about the #BurningSands trailer. Get over it, its happening and i’ll live tweet about it too. Fight me!

Burning Sands premiered at the Sundance Film Festival earlier this year where it was selected for the US Dramatic Competition.

Burning Sands will also feature an all-star cast, including Alfre Woodard, Imani Hakim, Steve Harris, Mel Jones and a host of other great actors and actresses. This is Jackson’s breakout performace.

Here is a sneak peek of the trailer, will this be added to your Netflix list?