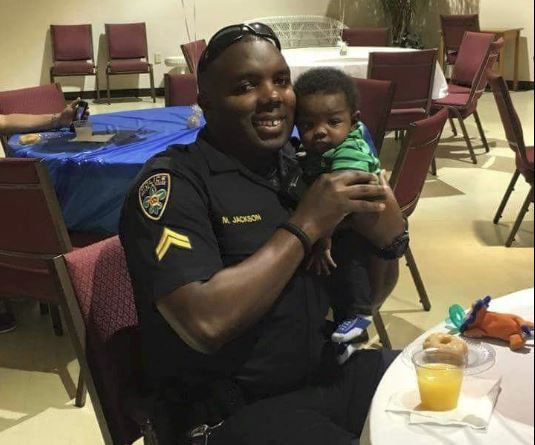 Will it ever end? Slain police officer wondered if city loved him shortly before death

As if tensions weren’t already at an all-time high, there have been even more murders and shootings taking place, only this time they have occurred in Baton Rouge, LA, the starting point for much of America’s grief in the past two weeks.

What started off as a dozen shots led to the the murders of law enforcement and and someone who is believed to be the gunman responsible for the deaths. Three officers have been shot and killed in Baton Rouge, while three others were wounded. It was initially thought that the deceased gunman did not work alone and had an accomplice, but that has since been dismissed.

Gavin Long, 29, has been identified as the lone shooter. July 17 is also Long’s birthday.

It is safe to say that the frustration from the senseless murders that have happened to innocent citizens have continued to come to head as a war of gunfire has yet to cease across the United States.

President Obama has “condemned” the shootings of the slain Baton Rouge police officers, and expressed that “We as a nation have to be loud and clear that nothing justifies violence against law enforcement.”

He also explained that, “Attacks on police are an attack on all of us and the rule of law that makes society possible.”

Since the shooting, the family of Alton Sterling, who was fatally shot by Baton Rouge police, has spoken out against violence against police officers.

While in tears, Sterling’s aunt, Veda Washington, expressed to CNN that “we are peaceful people. We just had a meeting yesterday to make sure that everybody was on one accord… We don’t call for no bloodshed. That’s how this all started… If you’re not on (one) accord with us, leave, go home.”

One slain officer has been identified as 32-year- old Montrell Jackson, a new father to a son born just a couple of months ago. Ironically, in response to the Alton Sterling murder, Jackson posted this message on social media.

Our prayers are with the families of the slain officers and others affected by yet another tragedy. When will it end?