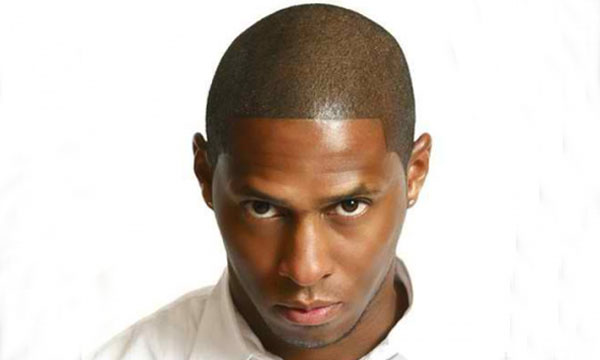 HOUSTON — Lip Service:  News with Attitude is dedicated to introducing the community to all that Houston has to offer, and one man is definitely painting the town beautiful!

“I love meeting my clients and customizing a look for them that enhances their natural features. But the best part is I could work with a new face and try new ideas. My skill derived from self- taught talent. I can draw, have a very creative mind and love the blending of colors,” said Coleman.

Coleman, a Beaumont native, graduated from the University of Houston.  He worked as a microbiologist until his passion and undeniable talent took center stage.

Coleman worked at MAC for three and a half years, where he increased his clientele and polished his skills.

After that, his career took off.  In Steven’s words when he transforms a face, “BOOM,” he shot to the top!

As stated on his website, Coleman is a distinctive and colorful artist who has established a reputation for himself by exhibiting an artistic aptitude for making people beautiful, not only in the natural realm but also the avant-garde image.

Through exploring and experimenting with his passion for art and drawing– Steven found himself naturally in front of life’s canvas; the face. His creativity and love for timeless masterpieces is exhibited in all tones, features and textures that he uses to accomplish complimenting the face with a wide array of exotic colors, glitters and charcoals that also allow him to compound, blend, glamorize and evoke.

As the CEO/Founder of “ColeColors-Art Defining Beauty,” he is dedicated to leading and accomplishing an infinite amount of things with limitless potential and possibilities. Clients are genuinely amazed at the personal makeup metamorphoses every face exhibits at the hands of Steven Coleman. They can’t help but notice a remarkable transition; a true difference between their before and after.

In addition to his many accomplishments, his work has been showcased on various outlets, including Maxim Magazine, Lucas Magazine, Chi Magazine, PartyBoyz “Flex” video, and VH1 shows: Real Chance of Love 2 and For the Love of Ray J 2.  Coleman also worked for the 2008 Taekwondo Olympic Gold Medalist.

Coleman has a slew of Houston clients and artists in the brag book as well, including the TSU Motion dance team and doing makeup for local artist Just Brittany for a Houston mix tape cover.

Coleman has been an independent artist for a year working in Houston, Dallas and L.A.  He said this ride has been a learning experience.

Coleman is listed amongst the “Who’s who in Houston’s elite circle of makeup artists” and is rapidly expanding his reputation in Los Angeles and New York. The man behind the brushes does what he knows best; defining and enhancing beauty one face at a time.

We think Coleman deserves a big-ole, juicy Lip Service N.W.A. smack and we salute him with some smooches.