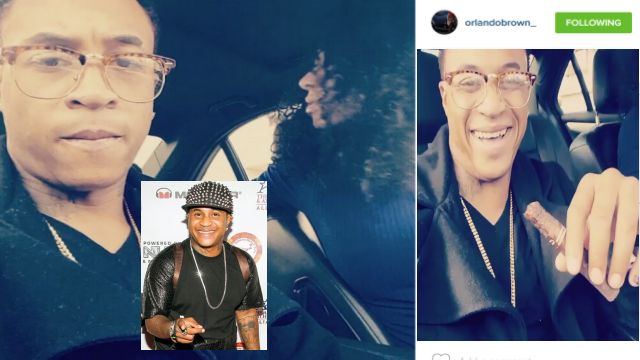 “That’s So Raven” actor Orlando Brown known as Raven-Symonè’s best friend, Eddie Thomas was arrested last month for assaulting his girlfriend after a heated argument, according to TMZ. You wouldn’t believe where it all went down at…. in a police station’s parking lot in Torrance California on Jan. 17.

The incident was witnessed by someone using a nearby ATM.  The witness called police, who were just feet away.

When police approached Brown and his girlfriend, he refused to get out of the car. After time passed, police were finally able to arrest him and hauled him off to jail.

According to police, officers discovered meth on Brown while he was being booked.  Brown has been charged with misdemeanor domestic battery, obstruction of justice and two felonies — drug possession with intent to sell, and having contraband in jail.

Brown took to Instagram to deny the allegations of him hitting his partner after the news surfaced.  In a video posted by Brown, he is sitting next to a woman in the car as he mutters: “They say I beat my woman.”
He then turns to his partner and asks: “Baby, did I beat you?”

The unknown female smiles and shakes her head and says in a low tone “No you didn’t beat me.”
With the caption reading “WE AIN’T GOT NO WORRIES.”

WE AIN’T GOT NO WORRIES

This was not his only run-in with the law.  In August 2014, Brown allegedly threatened to kill a woman and her daughter, and struck a plea deal. Prior to that, he was arrested in 2013 for a DUI, thrown behind bars in 2012 for violating his probation terms, arrested in 2011 for a DUI and busted in 2007 for marijuana possession.

Well dang, let’s hope this “child star” gets it together!