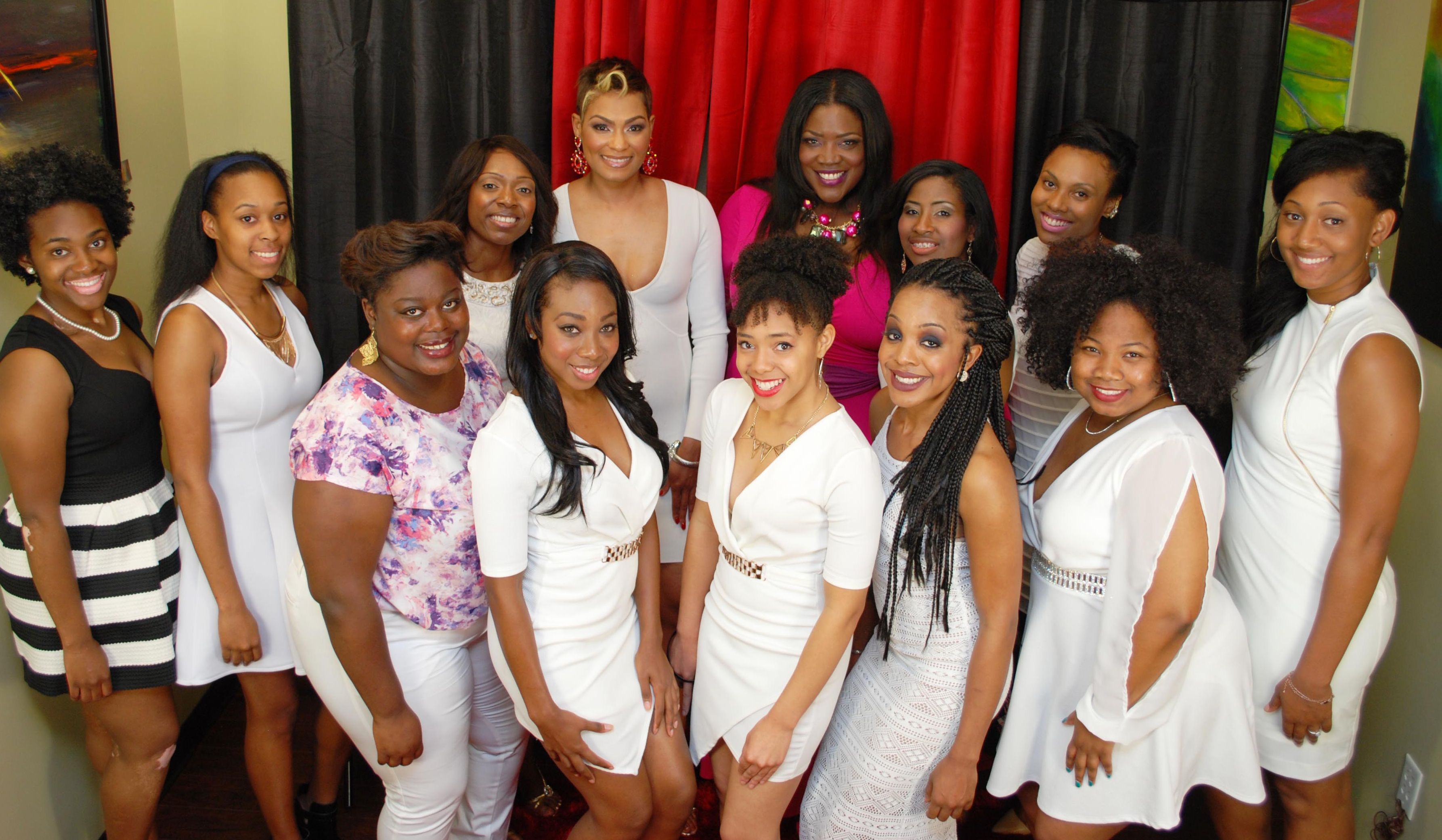 Sister 2 Sistah ‘For College Girls…When the Rainbow is Enuf’

The lowest point of my life ever was when I prayed for death, and not just for me, I prayed that God would “spare me and my two toddlers from any more pain and suffering” and would mercifully end our lives in a car accident.

No…I was not suicidal. I would never harm myself.

No…I was not homicidal. I would never harm anyone else, especially my children.

And No…I wasn’t weak. I had just lost all of my strength from too much fighting. There’s a big difference.

Thankfully, God knew I had work to do and put that foolishness out of my mind! He gave me the strength to work hard, succeed and make liars out of everyone who told me I would not make it.

You see, I was in a tumultuous relationship with a man who insulted me every day and, not only did he tell me I was worthless, but would tell anyone else who would listen. He would berate me in front of my family, his family and the friends we had in common. He would spit in my face often before I left the apartment to head to school and called me names. “Ugly and fat” were just part of the familiar vocabulary, but he also called me “Spook Nanny,” which was new to me. Just so you all know, he was a light-skin brother who made it his life’s mission to point out that he thought my darker skin was “less than admirable.”

I was enduring all of this and more – when I was a college student. I felt like I was a character in the original stage play of “For Colored Girls Who Have Considered Suicide/ When the Rainbow Is Enuf,” by Ntozake Shange. My character would have been “Lady in Black,” because very little light was shining in my life at that time.

College for me was no fun and games, no partying and no attending social functions. I walked around with my head held down and intentionally looked for seats in classrooms where no one else was sitting. I was uncomfortable with that sort of interaction. I was previously an outgoing woman, but this pretty girl had lost her smile and her spirit. I buried myself in my books and secretly celebrated my 4.0 GPA semester by semester. Then something miraculous happened; a professor saw something special in me and took me under her wing. She listened to me, groomed me and told me that, despite it all, I had an amazing future ahead of me.

I went from being the woman suffering from domestic violence (because thankfully he finally left me for another woman) to a single mother working a full-time job, attending school full time, and fulfilling two internships (yes, all in one year) to being a confident leader at Texas Southern University. My professor/ mentor Serbino Sandifer-Walker encouraged me to become a contributing writer for the college newspaper (TSU Herald), the executive producer for the live daily student newscast on KTSU 90.9 FM, and eventually becoming president of the campus’ association for black journalists (TSUABJ). And guess what, during my senior year of college I finally opened up and MADE FRIENDS!

[What do I do today?  Well, click here to peep the bio]

After I graduated, it was still a long, hard climb to the top, but I always made sure I gave back. When my mentor would send girls to my TV station to “shadow” me for a day to learn the biz, something else would end up happening. Career talks turned into private talks, and the girls would eventually open up to me and I soon discovered many of them were also enduring hardships while attending school. One poor young woman even broke down crying at my desk, then revealed fresh bruises from being beaten by her boyfriend the night before.

Fast forward a couple of years to me meeting a rock star, professional sister in my field, Ms. Rebecca Briscoe, who also shared similar struggles in college and my passion for helping the youth — and Sister 2 Sistah was born!

@NewsWitAttitude: She’s the “Sister”….I’m the “Sistah” …. and together, we decided to help young women who NEED someone to turn to, to learn from, or just to talk to…. EVERYTHING was perfect last night!

Once Rebecca and I saw there were too many young ladies who thought rainbows did not exist, we knew we had to get involved. To launch our initiative, we decided to host a lavish dinner party where we would all get “dressed in our best” to talk about our worst.

We chose 11 deserving young ladies who submitted essays detailing their struggles, ranging from homelessness, single motherhood, sexual and gender identity issues, body image issues, depression and random feelings of not being able to fit in, etc. and we welcomed them in with open arms. The girls attending the function all attended Texas Southern University or Prairie View A&M University.

The girls had no idea what was in store for them and we were ready to give them an experience they would never forget. We told the girls to wear white and to all meet at one location. To their surprise, they were picked up by a white stretch limousine and chauffeured to Center Stage Events in Sugar Land for a catered affair.  Notice the theme?  No more Black and Blue..it’s all white and fresh, for new beginnings!

@NewsWitAttitude: As I said earlier, our college girls were surprised to be chauffeured to their secret destination for our #Sister2Sistah Dinner Party. Look at these mini-divas GIVING LIFE as they exited. Together, we say NO MORE! #Hurt2Healing #Pain2Pride #WatchOutWorld #ThisIsHowWeDoIt

We brought in a group of dynamic panelists who shared their own testimonies of triumph. Each speaker was a woman who was not only in a key position in her field, but endured some bumps and bruises along the way during her climb. The theme of the evening was “You are not alone.”

Highlights of the night were when TSU First Lady Dr. Docia Rudley and Professor Walker came to bless the young ladies with a show of support, and Dr. Rudley delivered the welcome greeting.

There were plenty of tears, a bit of laughter and most importantly, many breakthroughs! The girls even began to encourage each other during the dinner, helping to come up with solutions on their own.

At the end of the evening, we pinned each girl with a flower signifying their journey over the rainbow. The girls also received symbolic “21” bracelets custom made by Ms. Jennifer Taylor, outlining their transition to new beginnings.

It was a beautiful sight to see the girls get out of their limousine, all dressed in white, and walk with confidence into the event. It felt good to wipe their tears and give them a hug. And it was even more special seeing all of their exciting tweets proclaiming newfound courage and new friendships. They will be “sisters” and “sistahs” for life. And all the mentors who participated that night will be here to help guide them along the way.  If nothing else, I hope my honesty has inspired you to understand, pain does not last forever..and we all can get where we want to be…sometimes we just need a hand or a hug!