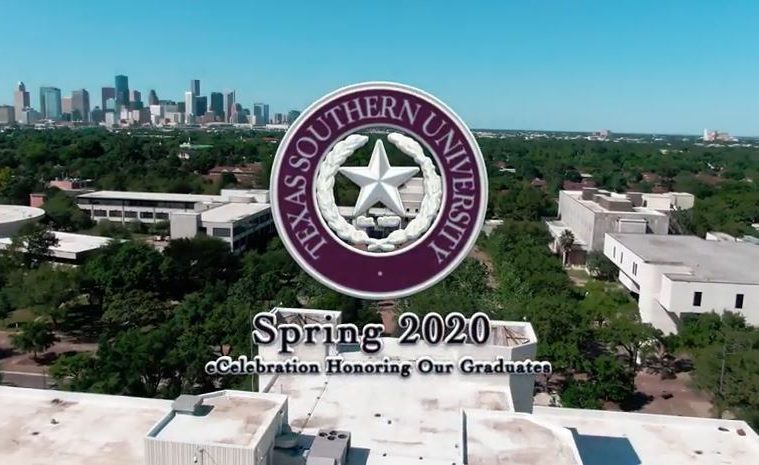 HOUSTON — The students at Texas Southern University have had quite a 2019-2020 school year, being front and center of some of the biggest headlines across the country (good and bad). Mixing the highs with the lows, students who could no longer strut down the “Tiger Walk” due to the global pandemic still came out swinging, proudly crossing the “virtual” stage as graduates.

“The TSU Spring 2020 graduating class has certainly earned a spot in history. Not only have you navigated a challenging season in our country and world as young adults, you’ve also conquered your final semester online as students,” said Kenneth Huewitt, interim president. “The seeds of resilience and greatness are already planted inside of you. You’ve passed this test.”

The fall semester kicked off with the nation’s second largest HBCU (Historically Black Colleges and Universities) serving as the host of the third Democratic 2020 presidential debate. The “then” 10 Democratic hopefuls sparred over a wide-range of topics in front of more than 3,500 people packed into the campus’ Health & Physical Education Arena, with millions of television viewers watching across the nation.

It was a historic day, and TSU students could get involved.

“When we negotiated our deal with ABC, we negotiated the ability to receive internships,” former TSU President Dr. Austin Lane said. “So, a lot of students from the school of Public Affairs, from Communications, Journalism, you name it, are serving as interns and really getting up close and personal instructions from ABC and the other networks.”

But coming off that proud moment, a dark cloud began to loom over the university when Lane became the focus of an investigation involving alleged improprieties with the law school and contract violations, eventually being fired by the TSU Board of Regents.

The negative headlines of yet another TSU president being in the hot seat left alumni, staff and students wondering about the future of the university.

Huewitt, the university’s chief financial officer, was temporarily placed at the helm.

In March, former Vice President (and now official top Democrat to face President Donald Trump) Joe Biden held a rally on the campus ahead of Super Tuesday, which also gained national attention because of claims of voter suppression due to long lines. Houston voter Hervis Rogers was thrust into the national spotlight, being the final person to cast his ballot at 1:30 a.m., after waiting six hours at the university.

Then the COVID-19/ coronavirus swept the globe, forcing campuses across the nation to shut down. TSU, like other institutions, was forced to switch to an online learning platform. Because many students had never experienced online instruction, TSU offered SASS Online Tutoring (S.O.T.) with peer tutors helping others maximize their academic potential.

An exhausting year, but they made it.

“Though the skies appear cloudy at the moment, remember the sun is waiting patiently again,” said Teelia Lowery,” who just received her bachelor’s degree in Journalism. “COVID-19 has taught me to be more patient and resilient.”

And as for the graduation ceremony, it also was switched to online.

“We know what you’re made of, you’re TSU strong. The ultimate Tigers!” Huewitt said.

“I know this year is not exactly what you expected it to be. It didn’t finish the way you expected, graduation is not what you expected, but it is what’s necessary right now,” Strahan said. “Don’t let that discourage you guys from being very proud of yourselves for finishing and getting through college, encouraging you to go out and change the world and be everything you always thought and want to be. Tigers are going to change the world and I’m all for it.”