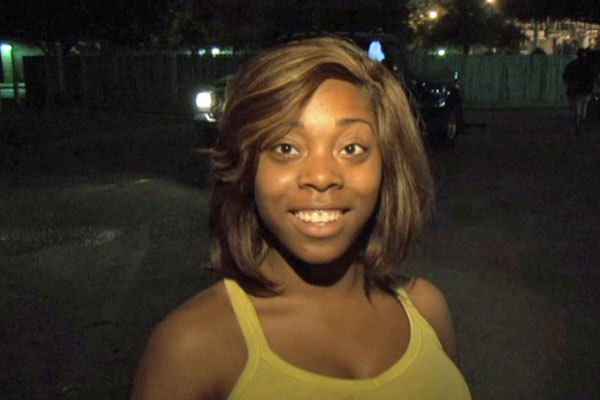 HOUSTON—Two Texas Southern University students went on a wild ride Wednesday night after they chased down a suspected drunk driver who hit their car and fled, according to Houston police.

Police said a man was driving an SUV north on Scott Street near the Gulf Freeway around 9:15 p.m. when he ran into the back of a car, then sped off.

Two TSU students were in the car struck by the SUV, and they were not going to let him get away.

“We were driving down Scott and all of a sudden, we had someone hit us from the back. We turned around and noticed that they were taking off and we took off with them,” said Anna Issiac, passenger.

The students tailed the fleeing SUV back and forth between the Gulf Freeway, the Southwest Freeway and through several neighborhoods.

“Surprisingly we were able to keep up with him. We got on 59 twice, went through three different residential neighborhoods. It was a long chase,” Issiac said.

The chase continued down Chimney Rock to Val Verde; a dead end street. The SUV driver tried to cross over some grass to get away, but the students blocked him in. The SUV driver still would not give up.

“The driver was really persistent; he was not letting that go,” she said.

The suspect hopped out of the SUV and took off running. The male student who was driving the car did the same.

“We chased them (while we) were on the telephone with the cops the whole time to here, where we blocked him in and police came and got him, and discovered that he was intoxicated,” said Issiac. “We were just happy that police finally came and helped us out.”

Police caught up with the men and took the SUV driver into custody.

Even though it was a dangerous chase, which the students said reached speeds of more than 95 miles per hour at times, Issiac said they were not afraid of the suspect.

“At one point and time, he had let down his window and asked us why we were following him. That’s when I noticed he was intoxicated,” she said. “And at that point, I wasn’t worried anymore.”

Click here to check out the RAW video of the driver being arrested and Anna’s full interview on KHOU.com.