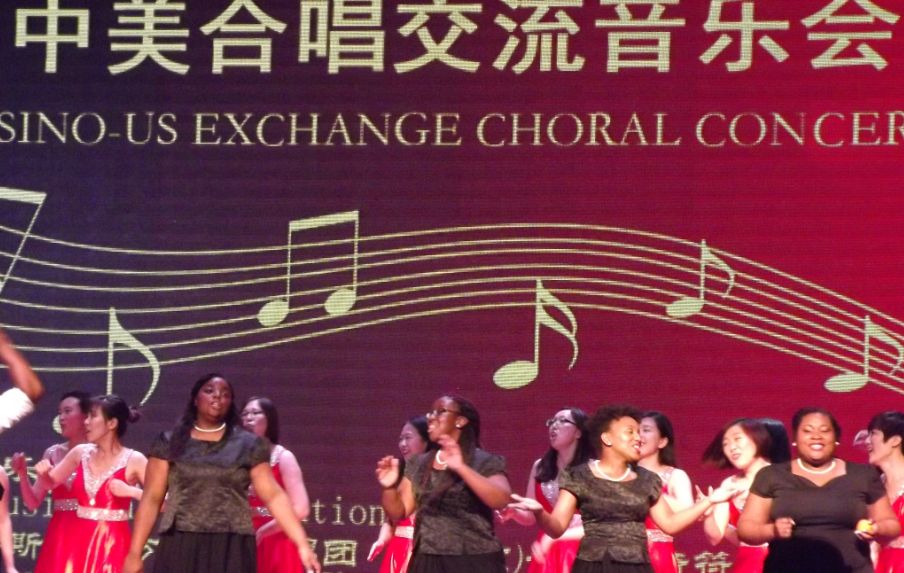 The young singers, collaborating with their instructors, Tenor, Jason Oby and Soprano, Summer Haiyan Song produced this concert featuring the best of African American Music Culture. The university singing groups make frequent appearances throughout the US, performing multiple concerts yearly. The Department of Music’s concerts are celebrated for their diversity of styles.

The concerts also featured dancer Hindolo Bongay, one of TSU’s talented student pianists who played music in the Ragtime style. The Heritage of Zion Singers, brainchild of tenor, Jason Oby represents an effort to revive the art of diverse historical African American Musical Heritage in all of its diversity.

Oby and Song have both traveled extensively as performers, lecturers, and clinicians throughout Europe, Asia, Africa, and of course the United States. Dr. Jane Perkyns of the TSU piano faculty was the accompanist for the singers

In the spirit of cultural exploration and exchange, our students learned and performed a few well-known Chinese folk songs including the most popular Chinese Folk Song, Jasmine Flower. Jason Oby, celebrated was also featured in one of the most well-known Chinese art songs, That is me, the performance of which regularly provoked raucous applause from the audiences. Summer Song was also featured with the students as a soloist in Negro Spirituals. The audiences were delighted!

The concerts were presented under the aegis of the Chinese Ministry of Culture as a part of the Meet in Beijing Festival. While in Beijing, the students and faculty were treated to outings at the Forbidden City, The Great Wall, and Tiananmen Square, among other notable places of local interest.  The students were also presented in exchange concerts and activities with Chinese music conservatory students throughout the tour.