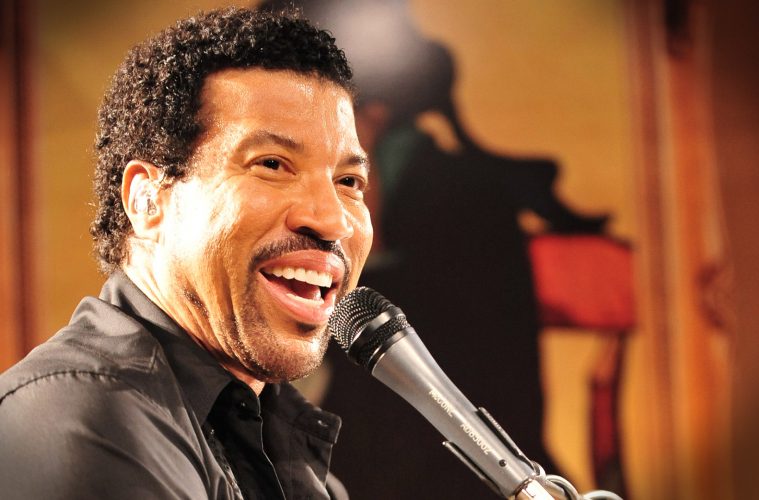 Los Angeles, CA – Turn your television on and bring in the New Year with music legend Lionel Richie! Richie will make a special appearance from his concert in Las Vegas on “Dick Clark’s New Year’s Rockin’ Eve with Ryan Seacrest 2017.” Richie will be the first performance of 2017, performing his song “All Night Long” immediately following the midnight countdown and Times Square celebration. America’s biggest celebration of the year will take place Saturday, December 31 beginning at 8 p.m. ET/PT on the ABC Television Network.

This year marks the 45th anniversary of America’s biggest celebration of the year and will include 5 ½ hours of special performances and reports on New Year’s celebrations from around the country. Ryan Seacrest will host and lead the traditional countdown to midnight from Times Square in New York City as he has for the last 11 years with live reporting from actress and comedian Jenny McCarthy. Mariah Carey, DNCE, Thomas Rhett and Gloria Estefan with the cast of her Broadway musical ON YOUR FEET! will perform for over one million fans live in Times Square and millions more on TV. Fergie will host and perform at The Billboard Hollywood Party, with additional performances by Alessia Cara, Fifth Harmony featuring Kid Ink and Ty Dolla $ign, Flo Rida featuring Macy Kate, G-Eazy featuring Bebe Rexha, Martin Garrix also with Bebe Rexha, Niall Horan, John Legend, Lukas Graham, Shawn Mendes, Mike Posner, Emeli Sande and Hailee Steinfeld.

International superstar, Lionel Richie, has a discography of albums and singles that are second to none.  His music is part of the fabric of pop music; in fact, Lionel Richie is one of only two songwriters in history to achieve the honor of having #1 records for nine consecutive years. With over 100 million albums sold worldwide, an Oscar, a Golden Globe, four Grammy awards and the distinction of MusiCares person of the year in 2016, the Tuskegee, Alabama native is a true music icon. Lionel Richie is known for his mega-hits such as “Endless Love,” “Lady,” “Truly,” “All Night Long (All Night),” “Penny Lover,” “Stuck On You,” “Hello,” “Say You, Say Me,” “Dancing on the Ceiling,” and one of most important pop songs in history, “We Are The World,” written with Michael Jackson for USA for Africa. His song catalog also includes his early work with The Commodores, where he developed a groundbreaking style that defied genre categories, penning smashes such as “Three Times A Lady,” “Still,” and “Easy.” Lionel launched his Las Vegas headlining residency show, “Lionel Richie – All the Hits,” at The AXIS at Planet Hollywood Resort & Casino in April 2016.  In an unforgettable evening featuring his brightest and best anthems which have defined the music icon’s unparalleled career, Lionel takes fans on a spectacular musical journey, performing a variety of his seminal hits. With his most recent All the Hits, All Night Long Tour, Lionel sold out arenas worldwide with a set-list of his brightest and best anthems. In recent years Lionel also headlined Bonnaroo, Outside Lands, and Glastonbury, drawing the festival’s biggest crowd ever with over 200,000 attendees. Always giving back, his charity work extends from Breast Cancer Research Foundation and Muhammad Ali Parkinson Center to UNICEF and The Art of Elysium.

The complete lineup Saturday night, December 31 on ABC is:

Cheat Tweet: .@LionelRichie will perform from Las Vegas to kick off the New Year with the first performance of 2017 on @NYRE: dickclark.news/LionelRichie