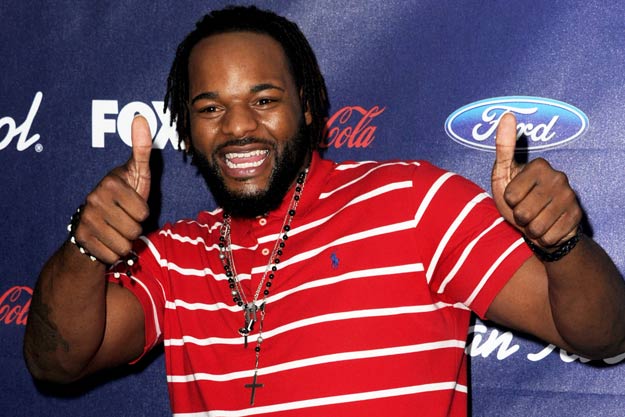 The comeback kid has gone again …and could be facing a different type of judge than the superstars on American Idol when he returns home.

The formerly “axed” contestant Jermaine Jones—who was allowed to return to the show after he won over judges Jennifer Lopez, Randy Jackson and Steven Tyler —  was confronted by show producers about several outstanding arrest warrants in his hometown.

The “gentle giant” was then disqualified and sent packing.

According to the Associated Press, Gloucester Township police confirmed Jones was arrested twice in the past year for giving a false name.  The warrants were issued when he failed to appear in court.

Jones has more warrants but the nature of those was not confirmed.

Looks like the deep-voiced vocal instructor singer will be singing the blues all the way back to New Jersey.