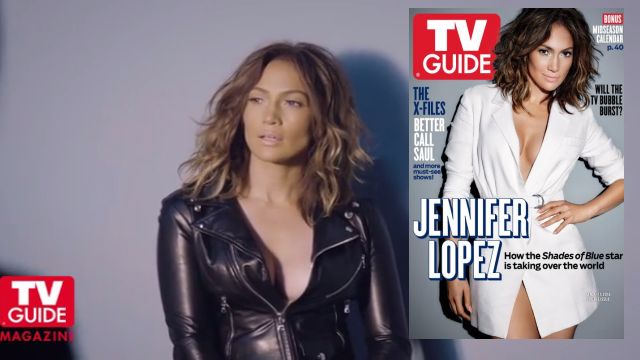 Jennifer Lopez sat down with TV Guide Magazine ahead of her cover on the 2016 January issue and spoke about her plans of taking over.

Yes! With her various music and television projects, and her gorgeous children Emme and Maximilian Muniz, this just might be her year!  But frankly, she’s moving like a locomotive for years now.

“It’s gonna be a big year for me. I have American Idol, I have Shades of Blue, I have my Las Vegas residency beginning. I have so much stuff that we’re working on on the branding side. I don’t know how I’d name it. It’s gonna be a J. Lo year though. It’s gonna be a real J.Lo year, whether you like it or not!” she told the magazine.

Going into 2016, some people may not like the sound of ‘Year of Jennifer Lopez.’ However, she addressed a few misconceptions regarding her character over the years.

“I think once I started doing American Idol, people really got to know my real personality. I think maybe before there were a lot of misconceptions about me being a real diva or a problem or being very demanding and things like that,” she says. “And then once I did that show they could see my true personality, which was kind of just an emotional, happy person who was actually nice.”

She continued, “I think there was a misconception that I actually wasn’t nice. I don’t know why they do that to women in this business, but they tend to. A lot of us are really just like any one of your friends. I’m a real girls’ girl and I love hanging out with my besties and things like that. As unusual as my life is, I’m very normal and kind of down to Earth.”

“Jenny from the Block” may have a few rebel characteristics after growing up in the Bronx, New York and being kicked out of the house by her mother after choosing to pursue dance rather than going to college.

“I was sleeping on a cot at a dance studio before I hit it big. My life was about pounding the pavement, breaking away from under my mom and dad’s wings and going off and flying on my own. I needed that moment,” she said.  And it paid off.

Lopez expresses how happy she is to be a role model in the industry, as well as a successful businesswoman.

“I am happy to be one of the people who are breaking the mold,” she said. “We can’t keep acting like we are in the ’50s. Women are strong. Women are bold. And now it is reflected in our art.”

Check out portions of the interview.